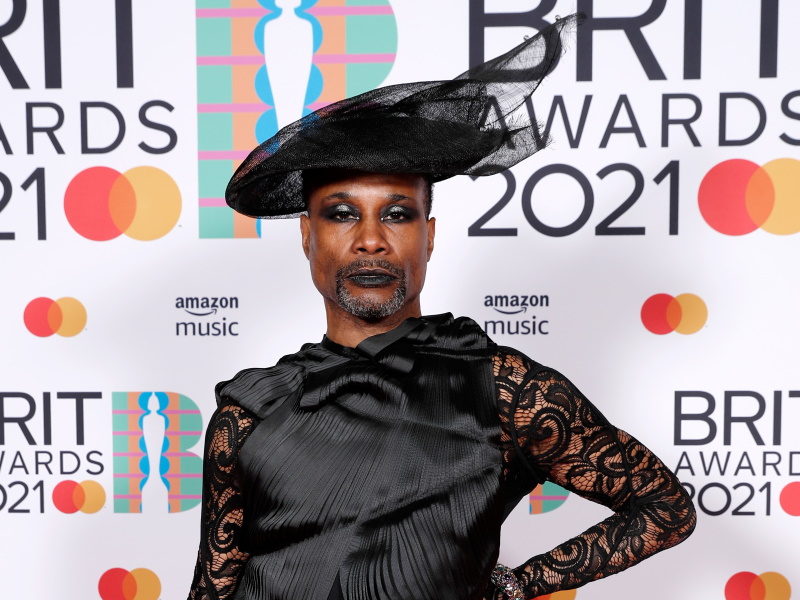 TAREK AND HEATHER EL MOUSSA WORKING ON HGTV SHOW: Tarek and Heather El Moussa are working on a new HGTV show together. E! reports that the newlyweds will star in a home renovation series tentatively titled, The Flipping El Moussas. The show will document the couple’s professional lives and their plans to start a family.

JOHNNY DEPP'S 'SCISSORHAND' FETCHES $80K: Johnny Depp’s prop hand from the 1990 film Edward Scissorhands has doubled in value following the defamation trial with Amber Heard. TMZ reports that the hand just sold at auction Tuesday (June 21st) for $81,250, almost twice the price experts estimated the item would sell for. When the Propstore auction was originally announced in May, experts projected the item would sell for between $30k – $50k.

BILLY PORTER SIGNS PRODUCTION DEAL WITH FX: Deadline reports that Pose star Billy Porter has signed a first-look deal with FX Productions. Under the agreement, he will develop content for FX through his new production company Incognegro with producing partner D.J. Gugenheim.

'TITANIC' HEADING BACK TO THEATERS IN 2023: To celebrate the 25th anniversary of Titanic, the James Cameron film has been set for a theatrical release just in time for Valentine’s Day next year. According to Deadline, a remastered version will be available in cinemas internationally beginning February 10th, 2023.