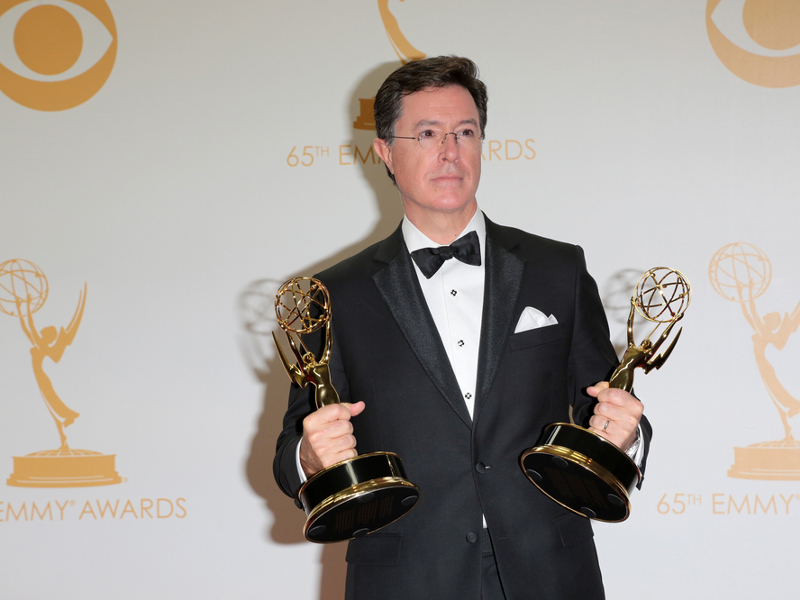 Stephen Colbert Comments On His Staff Being Detained In Washington D.C.

The Late Show host Stephen Colbert had a lot to say after U.S. Capitol Police “approached and detained” the members of his staff who were conducting Triumph the Insult Comic Dog interviews during the January 6th committee hearings last week. On Monday’s (June 20th) episode, Colbert said Triumph and co. “shot for two days in congressional offices across the street from the Capitol building” after being invited to speak with lawmakers.

“A couple of the TV people started claiming that my puppet squad had ‘committed insurrection’ at the U.S. Capitol Building,” Colbert said, in reference to a comment made by Tucker Carlson on Fox News.

To clarify, he said, “I am shocked I have to explain the difference, but an insurrection involves disrupting the lawful actions of Congress and howling for the blood of elected leaders, all to prevent the peaceful transfer of power. This was first-degree puppetry. This was high jinks with intent to goof.”

Colbert added that some people seem to be creating a distraction from the seriousness of the hearings. “They want to talk about something other than the Jan. 6 hearings on the actual seditionist insurrection that led to the deaths of multiple people and the injury of over 140 police officers, but drawing any equivalence between rioters storming our Capitol to prevent the counting of electoral ballots and a cigar-chomping toy dog is a shameful and grotesque insult to the memory of everyone who died and it obscenely trivializes the service and the courage the Capitol Police showed on that terrible day,” he said.