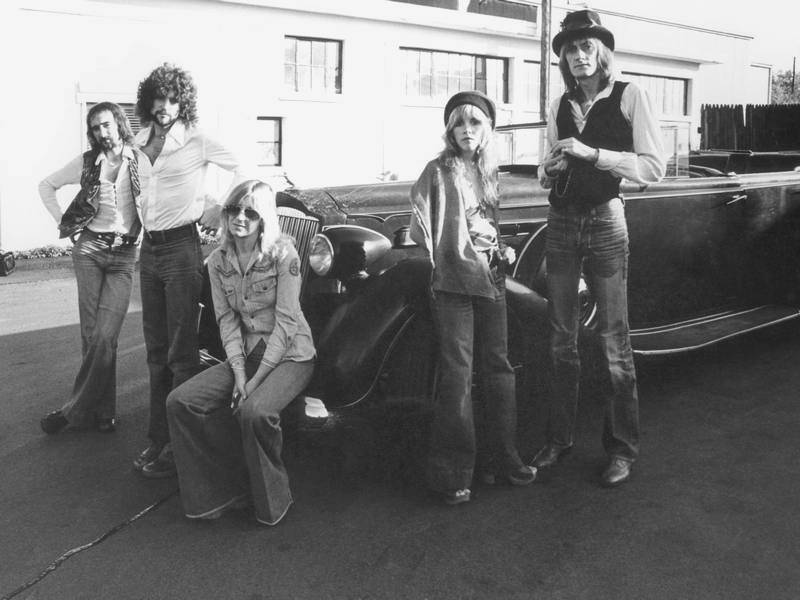 While chatting with Rolling Stone, McVie spoke about the Mac's most recent members — Heartbreakers guitarist Mike Campbell and Crowded House leader Neil Finn: “Those guys were great. We have a great time with them, but we’ve kind of broke up now, so I hardly ever see them. I don’t communicate with Stevie (Nicks) very much either. When we were on the last tour, we did a lot. We always sat next to each other on the plane and we got on really well. But since the band broke up, I’ve not been speaking to her at all.”

When pressed if Fleetwood Mac still exists as a working band, McVie admitted, “Well, not as we know it. I don’t know. It’s impossible to say. We might get back together, but I just couldn’t say for sure. . . I don’t feel physically up for it. I’m in quite bad health. I’ve got a chronic back problem which debilitates me. I stand up to play the piano, so I don’t know if I could actually physically do it. What’s that saying? The mind is willing, but the flesh is weak.”

She went on to say, “I couldn’t sit at the rig I play. You have to stand up to play the piano and the Hammond Organ is beneath that, so it’s a bit difficult to think about sitting down and doing it. Anyway, I wouldn’t want to do that. . . I don’t think John (McVie is) up for another tour. He’s got health issues, so I don’t know if he would be up for it. You’d have to ask him. . . But I’m getting a bit long in the teeth here. I’m quite happy being at home. I don’t know if I ever want to tour again. It’s bloody hard work.”

Regarding the possible return of ousted guitarist Lindsey Buckingham, McVie said, “I’d always want Lindsey back. He’s the best. Neil and Mike were such a cheerful couple, but Lindsey was missed.”

Ultimately, whether Fleetwood Mac will return to the road — featuring any lineup — remains firmly a question mark, according to McVie, who revealed, “I really can’t say for sure because I could be wrong. So I’ll just leave it open and say that we might.”

Lindsey Buckingham understands that the psychodrama between him and former lover Stevie Nicks — not to mention the divorce of Christine and John McVie — was the gasoline that ran the engine of the band, especially during the legendary Rumours album: “One of the real draws of Fleetwood Mac beyond the music in those earlier days was this musical soap opera. And it was a very literal portrayal of what was really going on behind the scenes. Y'know, you could certainly make a case for saying that we made a great deal of success on a career level but we were pretty dismal failures in our personal lives, for any number of years, y'know?”