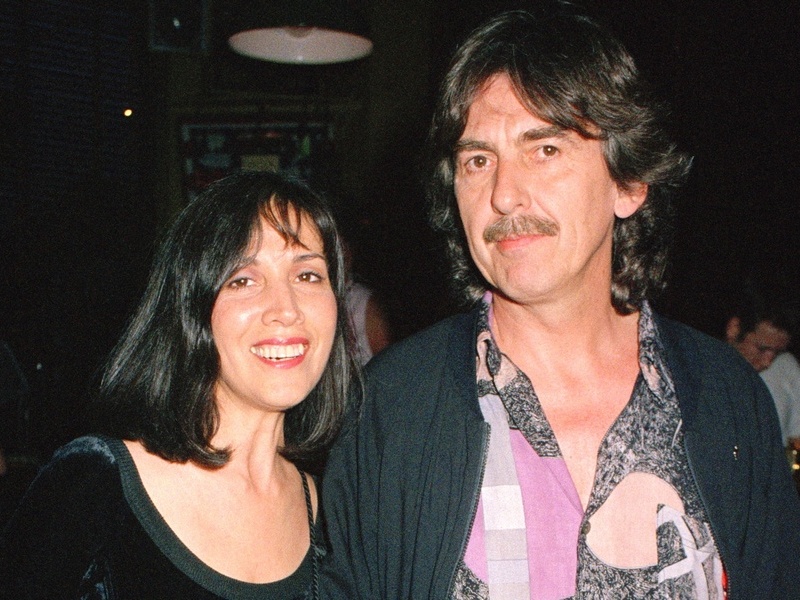 George Harrison's widow, Olivia Harrison, told London's Sunday Times that following George's death, Yoko Ono offered her some solid advice. Olivia will publish her first book of poetry on June 21st, titled Came The Lightening: Twenty Poems For George, and is dedicated to the late-Beatle in commemoration of the 20th anniversary of his death from cancer on November 29th, 2001 at age 58.

Olivia shed light on how she was coping in the aftermath of George's passing, recalling, “I got very busy, managing lots of things and the gardens and business and the people that, y'know, change. . . I did have to jettison a few. Yoko actually said to me, 'You don’t know what’s going to happen, but I do.' And she was right. There were people who had other ideas about how I should live my life. And I was pretty shocked by that.”

Olivia went on to say, “I haven’t seen (Yoko) in a long time. She’s not been very well recently, but she always befriended me. . . We didn’t spend a lot of time together, but she’s just magnificent. We would sit in a board meeting together (the Apple Corps board, of which they are both directors), and she would take everyone completely out of this realm into another realm, which I loved. She’s the most disarming person.”

Olivia, who was firmly in the background during George's lifetime was forced to solely take over the business of the “Quiet Beatle” following his death: “(The legal battles) took years. And after George died I was still doing it. I thought, no, you can’t let people just walk all over you. That’s not a good message for other people. I had more than one person tell me, 'Well, Mrs. Harrison, you’re not going to want your business in the papers.' And I said, 'Well, you know what? I’ve been in the papers, I don’t care. But do you want your business in the papers? Go ahead, make my day.'”

When pressed as to whether Olivia and George had an open marriage, after Olivia briefly touched upon Harrison's infidelities in the recent past, Olivia said: “Absolutely not. I believe he was. . . he shut a door when I met him. And we were very private. He wanted this normal life. And I think that was what I gave him. So, y'know, during our marriage, there was a lot of flirtation, there were some bumps in the road. But we were solid.”

Olivia Harrison said that in 2002, while compiling George's last album, the posthumously released Brainwashed, she first realized that there was much more material from his last days than could fit onto the album: “I found a running order. A list of tracks that he was going to put on there, and it was almost identical to what we did. And I found that afterwards. I wish I had found it before. There's still material from that too that I'll try to get to one day. There are a lot of songs that probably won't see the light of day, and some will.”