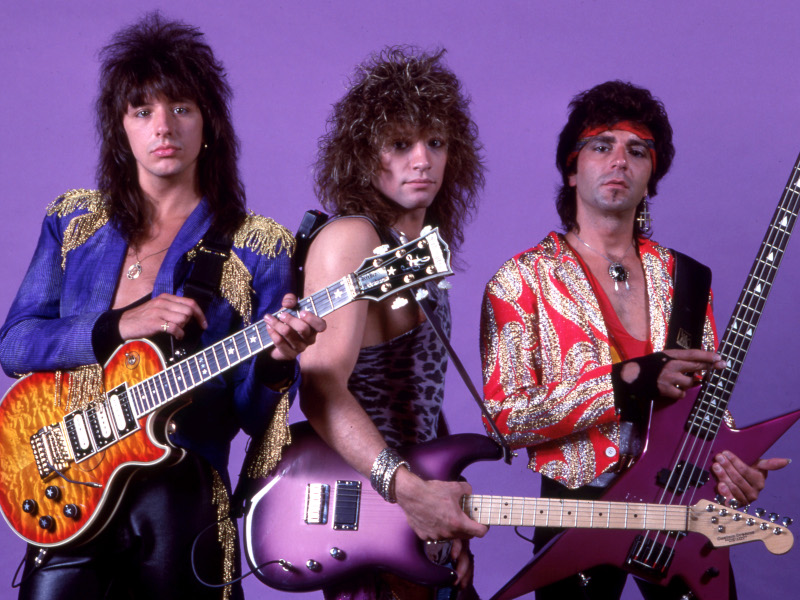 Original Bon Jovi bassist, Alec John Such, has died at age 70 according to Variety. The cause of death for Such, who left the group in 1994, remains unknown. Such was on hand in 2018 when Bon Jovi was inducted into the Rock and Roll Hall of Fame and reunited to play with the band.

Jon Bon Jovi said in a statement on Instagram: “We are heartbroken to hear the news of the passing of our dear friend Alec John Such. He was an original. As a founding member of Bon Jovi, Alec was integral to the formation of the band. . . To be honest, we found our way to each other thru him — He was a childhood friend of Tico (Torres) and brought Richie (Sambora) to see us perform. Alec was always wild and full of life. Today these special memories bring a smile to my face and a tear to my eye. We will miss him dearly.”

Bon Jovi keyboardist David Bryan tweeted: “RIP my soul brother…. It was an honor and pleasure to share the stage and to share life with you…..”

Such was born in 1951 in Yonkers, New York, and by the early-'80s was managing the Hunka Bunka Ballroom in Bon Jovi's hometown of Sayreville, New Jersey. After watching his band Jon Bon Jovi & The Wild Ones, Such hooked Bon Jovi up with childhood friend and drummer Tico Torres — as well as his former bandmate, guitarist Richie Sambora. Along with Bon Jovi's buddy and keyboardist David Bryan, Bon Jovi was born.

During his 2018 Rock Hall acceptance speech, Alec John Such recalled: “When Jon Bon Jovi called me up and asked me to be in his band many years ago, I soon realized how serious he was and he had a vision that he wanted to bring us to, and I am too happy to have been a part of that vision. These guys are the best. We had so many great times together and we wouldn’t be here if it wasn’t for those guys. Love them to death and always will.”

Just prior to Bon Jovi's long awaited Rock Hall induction, Jon Bon Jovi told us how important Alec John Such was in the formation and foundation of the classic Bon Jovi lineup: “Y'know, I had always envisioned my inviting Al because he believed in me when I just had 'Runaway' on the radio in 1983 and put this thing together. Y'know, I asked these guys to help me out for a couple of weeks so I could continue to build my name and take advantage of the success of 'Runaway.' And Alec said, 'Of course.' And, y'know, he's the one that introduced me to Richie and ultimately to Tico. So, I always envisioned my inviting him to this and absolutely will fulfill that.”