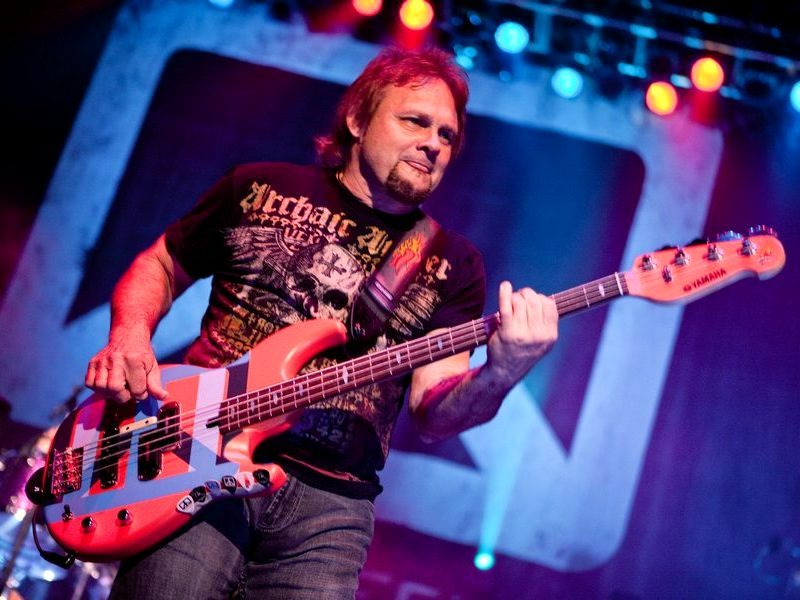 Ousted Van Halen bassist Michael Anthony shed light on his previous talks with Alex Van Halen and David Lee Roth to perform with them in tribute of the late-Eddie Van Halen.

Blabbermouth transcribed some of Anthony's chat on SiriusXM's Trunk Nation With Eddie Trunk, in which he explained, “I haven't spoken to him in a little while, but I have spoken with Alex on occasion. And for the most part, we don't even speak that much about music — more about just family, how we're doing and stuff like that. I know it still pains him a lot as far as Eddie goes and will probably for the rest of his life. But I spoke with him and Dave last year about a possible something, but Dave just starts going (talking really fast) And I'm, like, 'Okay.' And we basically just had kind of a conference call about having a conference call to discuss it, and then that other call didn't happen for whatever reason on their end.”

He added: “I told them that I'd obviously be interested. And it would be more like a celebration of the music rather than putting together something and calling it Van Halen because that just wouldn't be right at this point. . . (It) hinges upon Alex.”

In regard to Jason Newsted's recent revelation to The Palm Beach Post that he was being tapped to play bass for the reunited Van Halen at one point, Michael Anthony said, “That's the first that I'd even heard about anything like that. And it was kind of interesting because he said he spoke to (Dave and Alex) about a year ago, and that's about the time I was speaking with them. So I don't know. I'm gonna have to call Jason and ask him (laughs.)”

Back in 2007, David Lee Roth rejoined Van Halen and Michael Anthony was replaced by Wolfgang Van Halen — a move Sammy Hagar said at the time was a misstep — to say the least: “Anyone in their right mind would know if you're gonna get Roth back — finally! — after all these abortions they've had, you get Mikey and you do the reunion tour, what the world really was waiting for. Not just f*** it up again. It's almost like they don't care about their fans. They just want to badger 'em until — see how much they'll take.”