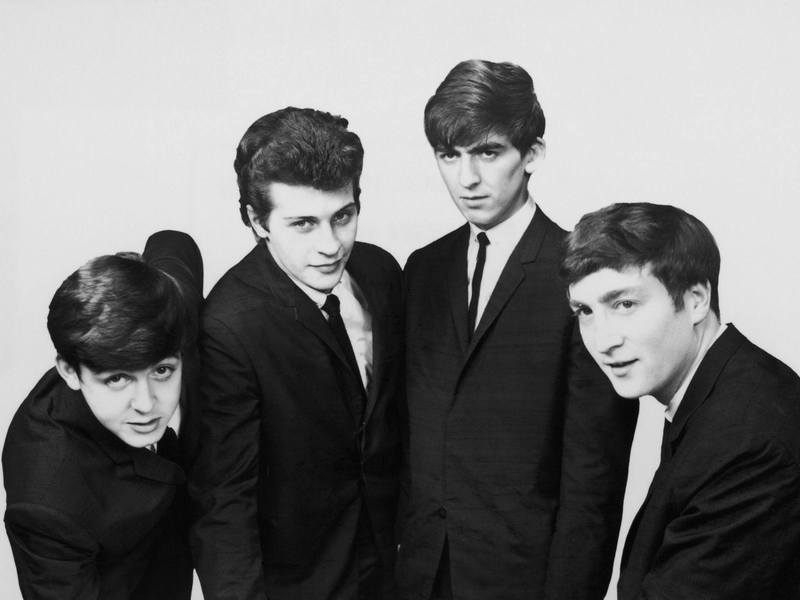 60 Years Ago Today: The Beatles First Record For EMI

It was 60 years ago today (June 6th, 1962) that the Beatles first recorded for EMI Records at the legendary Abbey Road Studios. The group, which included original drummer Pete Best, performed a handful of songs, two of which have survived the years — a take of “Besame Mucho,” and an early version of “Love Me Do.” For decades it was believed that the June 6th session was merely an audition for the label, but historian and author Mark Lewisohn, revealed in his world renown tome, The Beatles: All These Years, Volume One – Tune In, that the “Fab Four” were actually signed by George Martin to EMI records before they ever stepped foot in Abbey Road.

The June 6th, 1962 versions of “Love Me Do” and “Besame Mucho” were officially released on 1995's The Beatles Anthology 1. According to several reports, the inclusion of 10 songs on the multi-platinum Anthology 1, including those from the first EMI session, earned Best several million dollars in royalties.

We asked Pete Best if prior to being fired from the Beatles on August 16th, 1962 he had any idea there was a problem with him or his drumming: “No! There was no forewarning. Looking back in hindsight, there may have been a couple of hints, but nothing that sort of would make you stop and wonder. We'd played the Cavern, we'd got the contract with EMI. We'd been down to EMI on the 6th of June, we laid down the sort of dummy tracks for our first release which were 'Love Me Do' and 'P.S. I Love You.' And we were due to go back again on the 4th of September. Unbeknownst to me there was subterfuge going on behind the scenes. I don't know why.”

After Best's firing his only official connection to the band was through defamation of character lawsuits against Ringo Starr. In several interviews Starr had claimed that he had sat in for Best because he kept “getting sick.” The suits were settled out of court.

Best was indirectly linked to the group over the years through the Beatles' right-hand-man, and managing director of Apple, the late Neil Aspinall. Aspinall, a close friend of Best's, was romantically linked to Best's mother Mona, and had fathered a child with her in 1962. The son, named Roag, who now tours as a drummer with the Pete Best Band.

ALSO ON THIS DATE IN BEATLES HISTORY. . .

It was 51 years ago today — June 6th, 1971 — that John Lennon and Yoko Ono made an impromptu appearance at New York's Fillmore East with Frank Zappa and the Mothers of Invention. Lennon and Ono released the tapes of what they thought was a jam session with Zappa on their 1972 album Live Jam, which was included as part of their double set Some Time In New York City.

On the album Lennon and Ono only credited Zappa on one of the songs, unaware that the songs they were “jamming” on were actual copyrighted Zappa songs, which had been part of his repertoire. Zappa eventually released the performance on his own 1992 album Playground Psychotics.

Most of the performance was left off the 2005 reissue of Some Time In New York City, except for the cover of the Olympics' 1958 song “Well (Baby Please Don't Go).” The full Live Jam collection has been reinstated to the 2010 reissue.