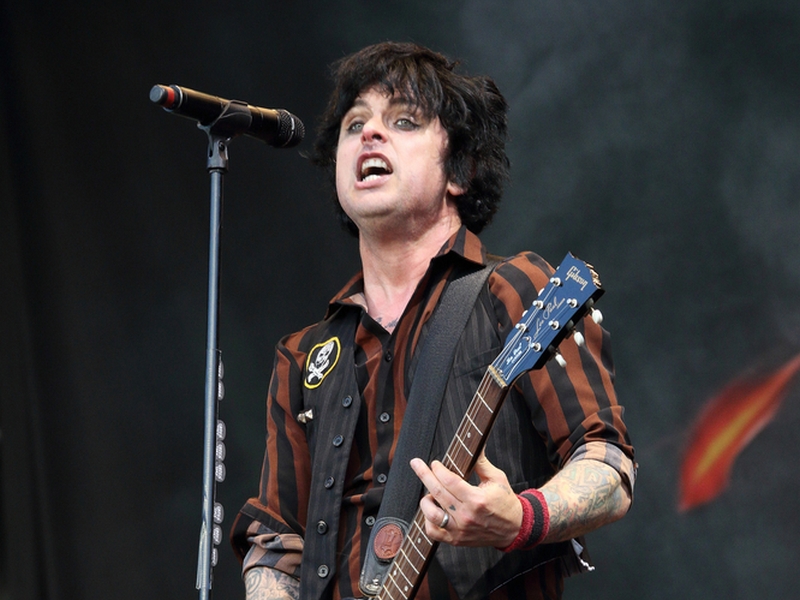 Green Day leader Billie Joe Armstrong says he owes a debt of gratitude to the Sex Pistols. The legendary '70s punk unit is the subject of Pistol, a six-part FX on Hulu miniseries premiering on May 31st. Pistol, which is directed by Danny Boyle, is based on Sex Pistols guitarist Steve Jones' 2017 memoir, Lonely Boy: Tales Of A Sex Pistol.

Billie Joe Armstrong spoke of his love and admiration for the Pistols, recalling to Rolling Stone, “Never Mind The Bollocks was one of the first punk records I ever heard. . . The first thing that popped into my mind when I heard 'Holidays In The Sun” is how those guitars sounded so gigantic and real; and hearing (Johnny) Lydon‘s vocals, how he was just sort of this anti-singer (laughs). For me, it just had a huge impact. Everything about it, from the lyrics to the guitar sounds to the songs, I thought was just perfect.”

Armstrong went on to say, “When Green Day first started playing, we were called Sweet Children. It was me and Mike (Dirnt) and rotating drummers, and we covered 'Holidays In The Sun.' Hardcore was everywhere, and everything was about playing as fast as humanly possible. And to me, it was like, 'There’s no groove in that!' But the Pistols, they had a groove! Paul Cook is such a great drummer, and the way he and Steve Jones just completely locked in and played off each other, it’s sort of like they were brothers.”

Billie Joe Armstrong told us a while back that it's important for rock artists to stay connected to what's happening in the world when they write: “I think that rock stars, or whatever they like to call themselves nowadays, when they tend to get pretty big, a lot of people go way deep inside themselves and sort of shut out the world and kinda become disconnected with what is going on. I think it's really important, especially in music, that you have to have some sort of connection and you have to be some sort of member of society to comment on it. Or else people are just sorta like, 'Well, you're just this whiny rock star. Y'know — what are you talking about?'”

Green Day will next perform with Weezer on June 1st in Berlin, Germany.