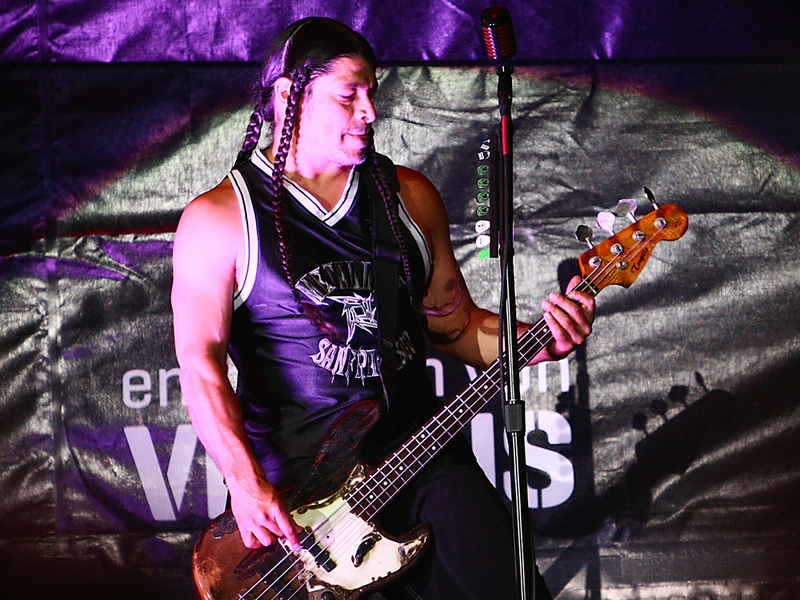 During an appearance on The Ex Man With Doc Coyle, Metallica's Robert Trujillo recalled being insulted by James Hetfield. A few years back, the bend was on tour and Hetfield got annoyed with him during rehearsals because he wasn't “jamming through it with full intensity.”

He explained, “I've always been in situations in my groups where there were those moments where things get heated and you're bumping heads. It happens in Metallica. There's been a couple of times, even with James.”

He continued, “I remember one time a few years ago — about three years ago — in Italy. Poor guy, he got stung by a bee in his face, I think it was. I don't think he's allergic, but there was poison oak going on. So your face is hurtin', your body's itchin'. You're out there on the road. It's raining. And one of the songs — like 'Memory Remains' or something… And we're going on stage very soon and things are running late. And we're playing 'Memory Remains' in the tuning room, and I'm just kind of jamming through it, but I'm not really jamming through it with full intensity; I'm just kind of ghosting it a little bit. And he's, like, 'You know the song?' And this is a song we've played thousands of times. And I was insulted, because this is one of the easiest songs we play, and you're asking me if I know the song. So I'm just kind of, like, 'Yeah, I know the f*cking s…'”

Robert went on, “I blew a fuse for a second. And then I felt horrible, and he felt horrible. And then we realized, I think, that I'm tripping on the load that I have on my shoulders over here; he's tripping on this and this and probably… I mean, I get it, man — I've had poison oak; I've had bee stings before, and it ain't fun. And you're out there and you're trying to be the best you can. So, rather than throwing your instruments down and coming to blows or anything like that, you work it out — you kind of calm yourself and you realize what's going on.”