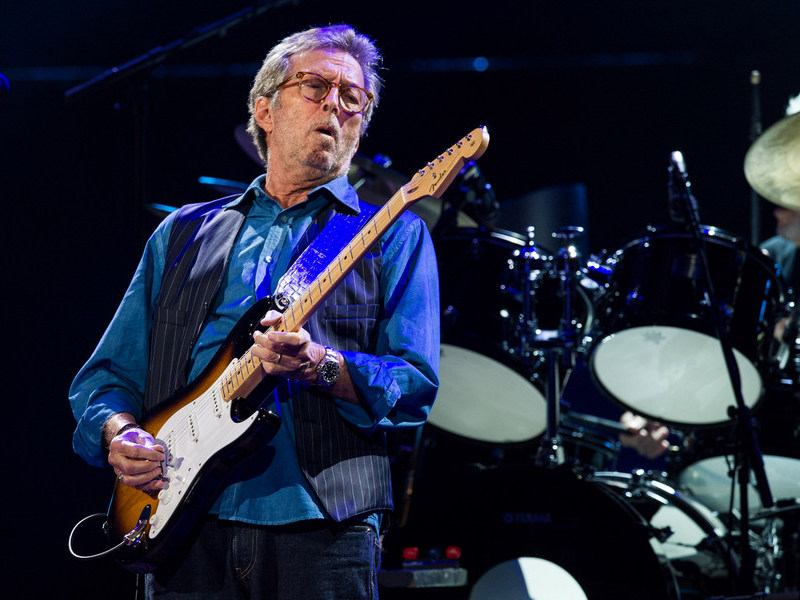 Eric Clapton has announced seven North American shows to play throughout September. Good friend Jimmie Vaughan and his band will serve as the tour's special guests. Clapton kicks off the run on September 8th at Columbus' Schottenstein Center and wraps over two nights — September 18th and 19th — at New York City's Madison Square Garden. Clapton is also set to hit Detroit, Chicago, and Pittsburgh this time out.

Nathan East has recorded and toured with Clapton off and on since his 1986 August album. He reflected on the qualities that make his old pal such a unique artist: “Eric is just a one-of-a-kind. There’s Eric and then there’s every other musician (laughs). Everything he touches seems to turn to gold, y'know? He has a beautiful voice and I’ve never met anyone who plays with such passion. Music is such an expression of passion and all the things that have happened to you and whatever — and Lord knows he’s been through a lot in his life — but the way it flows through him musically is like something I’ve never ever seen.”

Although still one of the greatest axe-men on the planet, Eric Clapton feels his playing lacks then intensity that it did back in the mid-'90s: “I got a, a piece of footage from the mid-'90s of me when I was just playing a blues song, and I thought, 'Whoa.' There were some things that I was doing that I just don't even think I — (I) consciously let go of. I don't do 'em anymore — probably because they're too hard to do.”

IN OTHER CLAPTON NEWS

Eric Clapton has been forced to postpone his May 17th show in Zurich, Switzerland and Milan, Italy on the 18th after testing positive for Covid.

According the the Clapton fan webpage, Where's Eric: “He has been told by his medical advisors that if he were to resume traveling and performing too soon, it could substantially delay his full recovery. Eric is also anxious to avoid passing on any infection to any of his band, crew, promoters, their staff and of course, the fans. So, after intensive internal discussion, it has been decided with great regret and apologies to all those concerned to postpone the performances.”

The posting went on to say, “The present hope being to be able to resume the tour starting with the concerts in Bologna on 20th and 21st May. The shows are due to be rescheduled within the next six months and tickets purchased will remain valid for the new rescheduled date.”