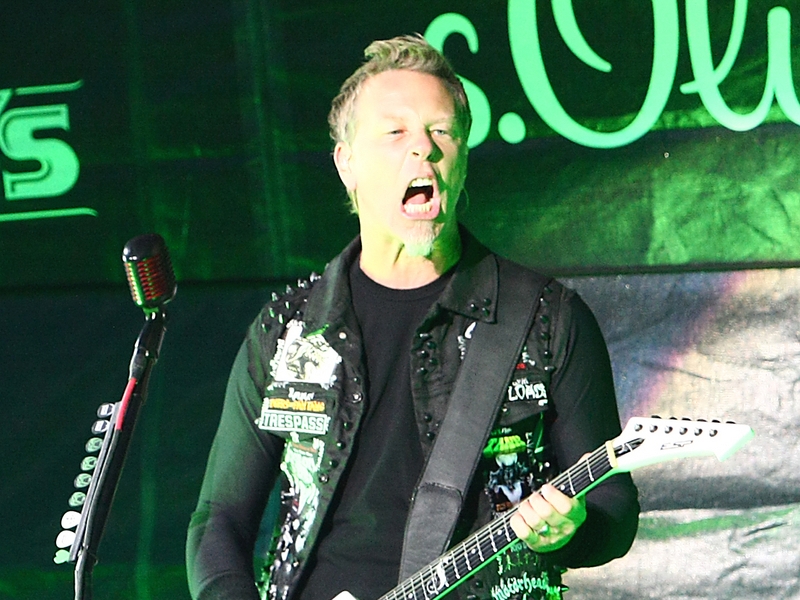 Metallica’s James Hetfield Has Emotional Moment On Stage In Brazil

Metallica's James Hetfield shared an emotional moment with his bandmates and fans while on stage on Thursday (May 12th) in Brazil. In between songs, he told the crowd, “I've gotta tell you I wasn't feeling very good before I came out here. (I was) feeling a little bit insecure, like I'm an old guy, (I) can't play anymore — all this bullsh** that I tell myself in my head, so I talked to these guys, and they helped me — as simple as that. They gave me a hug and said, 'Hey, if you're struggling onstage, we've got your back.' And I tell you, it means the world to me.”

Hetfield was join by bandmates Lars Ulrich, Kirk Hammett and Robert Trujillo who joined Hetfield in a group hug. He told the crowd, “And seeing you out there, I… I am not alone. I am not alone, and neither are you.”

Metallica limited their tours to just 50 shows a year back in 2017 because Hetfield explained that's what his body could handle, according to Loudwire.com.