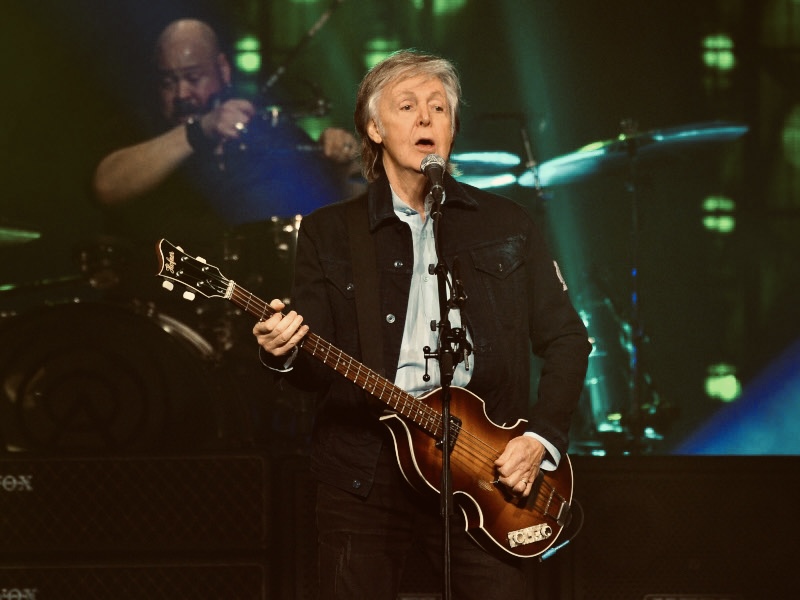 Paul McCartney Still Worries About Including New Songs In Setlists

Even after all these years, Paul McCartney still worries about introducing new material into his live concerts. The former-Beatle answered fan questions on his official website (PaulMcCartney.com) and shed light on his issues with dropping untested material into his setlists: “The trouble with that though, is there’s always the eternal dilemma of what do you take out, knowing the audiences really want to hear the hits so you’ve got to balance it very carefully. You’re taking out something they know very well and putting in something they don’t necessarily know, and I’m always dreading that’s the signal for them to go get a beer.”

He admitted that one of his fears is an audience walking out on him: “It’s actually a recurring dream of mine: I’m playing and people start walking out, and I’m trying to think of a song that will get them back — 'Do 'Long Tall Sally,' quick!' – but they keep walking — 'Let’s do 'Yesterday!' – it’s typical performer’s insecurities. I’d like to do a whole show of new songs but that’s for the anoraks in the crowd, that’s for the deep fans.”

McCartney went on to explain why he keeps the show jam packed with massive hits and crowd favorites: “(The audience) have paid good money, have brought their mums and dads (and don't want to hear) deep cuts. I think they want Beatles stuff mainly, Wings stuff, and maybe some of the new stuff. I force some of the new stuff on them. I know which ones people like because you can see it all light up, all the phones recording. When you say you want to do a new one it’s like a black hole!”

Despite being a seasoned live performer for well over 60 years — Paul McCartney spoke about how his nerves manifest themselves these days: “It's normally the first thing in the morning when you wake up. You think, 'What is it today? What — ah, it's a show. It's a big show tonight' And really that's the time that I get a little bit nervous. I maybe wake up a little earlier than I would've. 'Cause with the Beatles I used to get quite nervous, especially if they were big shows.”