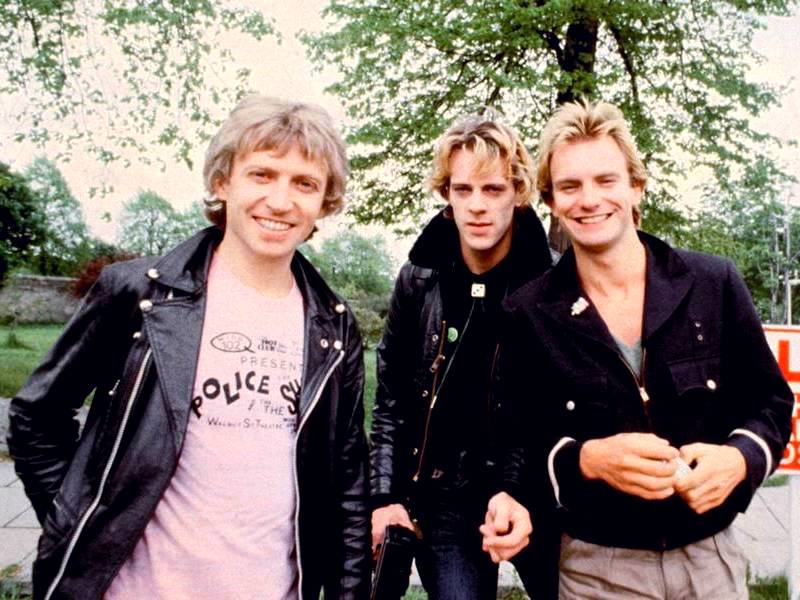 Sting Sheds Light On Quitting And Reuniting The Police

Although Sting is hardly a man living in the past, the fact that he constantly reinvents his older Police material keeps the legendary band front and center in the public consciousness. Over 35 years after first going solo with 1985's The Dream Of The Blue Turtles album, Sting still has very specific thoughts about why he decided to break out on his own.

During a new chat with Mojo, he spoke about the prospects in 1984 of heading into the studio to record the followup to the previous year's blockbuster Synchronicity set: “My frustration was I would have written an album’s worth of material but also had to entertain these other songs that were not as good. Explaining to someone why their song isn’t working is a bit like saying their girlfriend’s ugly. It’s a very personal thing. That pain was something I didn’t want to go through any more.”

He went on to say, “I don’t think any grown man can be in a band, actually. A band is a teenage gang. Who wants to be in a teenage gang when you’re knocking 70? It doesn’t allow you to evolve. You have to obey the rules and the gestalt of the band. As much as I love the (Rolling) Stones and AC/DC, it’s hard to see growth in their music. For me, the band was merely a vehicle for the songs and not the other way around.”

Sting was asked if he would've been more willing to keep the Police an ongoing concern had Blue Turtles tanked, and said, “Well, both Andy (Summers) and Stewart (Copeland) had made albums without me so it was my right, too. I recruited a band from the jazz world and I was lucky it was a hit. I have no idea what would have happened if it hadn’t been a hit. Would I have gone back to the band and eaten humble pie? I hope not.”

One of rock's most iconic '80s moments was on June 15th, 1986 when the reunited Police played the Amnesty International benefit at New Jersey's Giants Stadium and passed their instruments to U2: “I remember the night well. We were all playing for Amnesty. We came off and I handed my bass to Adam (Clayton): 'Here you go, run with it.' I didn’t feel sad about that at all. I wanted to start again. I wanted to get that feeling we had in the early days when it was us against the world. Admittedly, I had momentum. Whatever I did, people would have been at least curious even if they didn’t like it.”

Regarding the incredibly successful Police reunion tour of 2007 and 2008, Sting remembered, “I’d said no, no, no, no, no on numerous occasions but I thought my timing was impeccable. Any later I think would have been wrong. Any sooner would have been wrong. It was cashing that asset in, saying, 'Let’s do it one more time and see what happens.' It was hugely successful but I wouldn’t do it again. That would be a bridge too far. It was hard because the power struggles were still very apparent, but we got through it and people loved it, they really did.”

Sting shed light on his relationship these days with his Police bandmates: “We always communicate on birthdays. We have separate lives but it’s very cordial. I’m very grateful for those guys and their immense talent, and their patience with me. I love them.”

We recently asked Sting point blank if the Police's 2007-2008 reunion concerts were in fact the band's last: “Yeah, I think so. I think in an exercise in nostalgia it was very successful. It was certainly a successful tour commercially. But is there a need to do it again? I don't think so. I don't think so. I mean, it wasn't the easiest tour I've ever done. Y'know, it was a bit like going back to a dysfunctional marriage in many ways, but as I said, hugely successful. People were very happy to see us playing together again. So I think we covered all the bases there. I don't see the need to do it again.”

We asked Andy Summers if he was frustrated that although the band's global reunion trek was a resounding success, superseding all expectations, the end result of a new Police album never came to fruition: “Y'know, I've been in this scene for a long time (laughs). I didn't go in with those expectations knowing the personalities involved. I thought, there's no way. . . Sting will do this tour, but there's no way he's gonna makes a new album and get into that. Because, most of the truth is he's sort of in denial he was ever in the Police. He is. That's fine, if that's what he wants to do. But I know that none of us will ever overcome it. He goes out and plays the songs of the Police. I've just come back from two weeks in Brazil playing the songs of the Police.”

IN OTHER STING NEWS

Sting said in the album's announcement: “This idea of getting my friend to sing ten iconic songs from the Frank Sinatra songbook in a reggae style had been brewing for a while. . . I know, it sounds crazy! But every time the idea crossed my mind, it made me smile. And what does the world need now, more than anything else. . . something to smile about!”