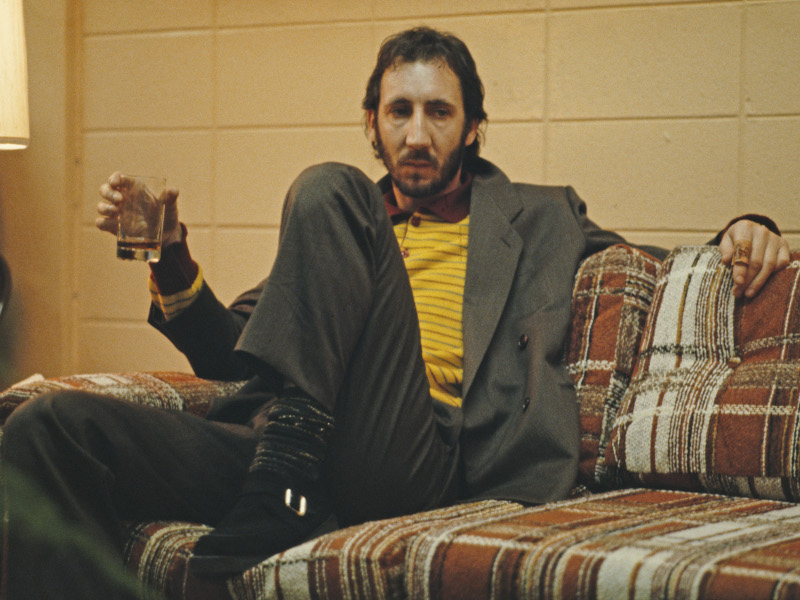 It was 42 years ago today (April 21st, 1980) that Pete Townshend released his first official mainstream solo album, Empty Glass. The album followed two previous non-Who related projects — 1977's Rough Mix, the joint album with Ronnie Lane, and 1972's Who Came First, which was made up of multi-track one-man band demos, nearly all of which were intended for the Who.

Empty Glass was part of a high profile new solo contract with Atlantic Records, who released the set through its Atco imprint and publicized Townshend firmly as a solo artist for the 1980's. This all happened despite the fact that the Who were not only alive and thriving — but in the midst of a 43-date European and North American tour — as Empty Glass was hitting the street and Townshend's personal life was quickly unraveling.

The album, which was co-produced by Chris Thomas — at the point a red-hot choice due to his recent work with the Sex Pistols, Paul McCartney, and the Pretenders — peaked at Number Five on the Billboard 200 albums chart and spent nine weeks in the Top 10. The album scored Townshend his biggest solo hit with “Let My Love Open The Door,” which peaked at Number Nine, and tied the Who's only Top 10 hit — 1967's “I Can See For Miles.”

After the Who's 1981's Face Dances was released, fans and critics alike blamed Townshend for stockpiling his best songs for his 1980 solo album Empty Glass — rather than giving the band first dibs on his latest work. Townshend explained to us that in the case of “Rough Boys” — a major MTV hit — it was Roger Daltrey who actually passed on what would've definitely made for an instant Who classic: “He's not comfortable with what the subject is about. Y'know, the subject is homoerotic. The subject is about the fact that, y'know, that it's very difficult to tell just because a guy looks really, really tough on the outside and he's dressed in leather — is he a man, is he really a tough guy — or is he something else?”

Townshend admitted that some of the material — or at least the sound of some of the material — on Empty Glass, was a result of record company politics: “When I delivered the first few tracks to Atlantic, they said, 'Y’know, Who fans are not gonna like this stuff' and I said, 'I don’t care; this is my solo music' and they said, ‘Y’know, we advanced you $1 million, we wanna sell it, it’s gotta sound like the Who.' So, the concession that I made was to put a few tracks on Empty Glass that sounded a bit 'Who-ey,' but, y’know, I made sure the subjects were the subjects that I felt the Who probably wouldn’t touch.”

Pete Townshend's early-'80s solo work, created while writing, recording, and touring the globe with the Who, admittedly left him physically and emotionally fried. He takes umbrage at all the Who fans that felt as though he hoarded his best material for himself, rather than give to the Who: “This was a mistake that I ever embarked on a solo career. I understand that now. I shouldn’t have done it. But, y’know, to be honest, that type of Who fan-ism, it irritates me. Because what it’s actually doing is, it’s so easy to make these comments after the fact. Everything is easy in hindsight. Y’know, what was actually going on at the time was that I was trying to satisfy my own peculiar creative urge. My unique creative urge, which wasn’t classic ‘Rough Boy’ Who stuff.”

Back in 2015, Daltrey had recorded the tune as a stand-alone charity single in aid of the Trust.