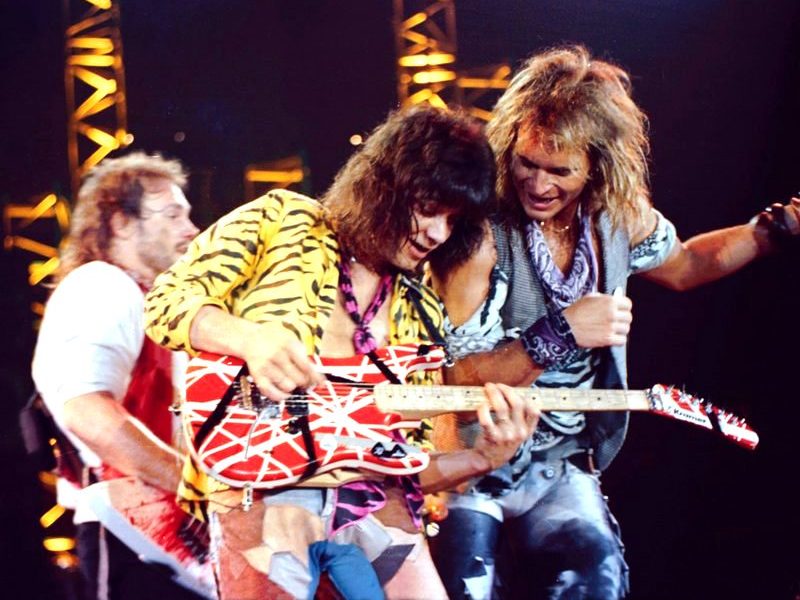 Van Halen fans have long been clamoring for a full-on autobiography from Michael Anthony. Blabbermouth transcribed some of the legendary bassist's new chat on Paltrocast With Darren Paltrowitz, in which the status of his long-awaited memoirs popped up: “I have people after me all the time about stuff like that. Obviously, somebody wants to get another perspective from one of the original Van Halen guys on all the dirt from the band, and I don't know if I'm ready to come out with something like that. Obviously, it wouldn't be the dirt like some people would wanna hear it, because I'm not that kind of person. A lot of stuff that went on back then is what is understood, between the band, it's the secret brotherhood of 'what's on the road stays on the road'-type stuff.”

Anthony, who records and tours with Sammy Hagar as apart of the Circle, went on to concede, “I think possibly at some point I'll probably do something; I'm just not really ready to do it quite yet. I also have a couple of people after me to do some recipe books with my hot sauces too, which I've kind of been thinking about. I really don't have the time to write at the moment, but I wouldn't mind doing something like that too.”

Back in the day, Michael Anthony explained to us the flip side to life on the road is that touring can be rough on a family: “You try to incorporate it as much as you can, 'cause that is life, and I spend a lot of time on tour. They have to kind of adapt to that, also, as much as, y'know, it's kinda hard to leave them when I go out on tour, but this is what Daddy does for a living, y'know?”

Sammy Hagar & The Circle next perform on April 29th, 2022 live in Memphis at the Beale Street Music Festival