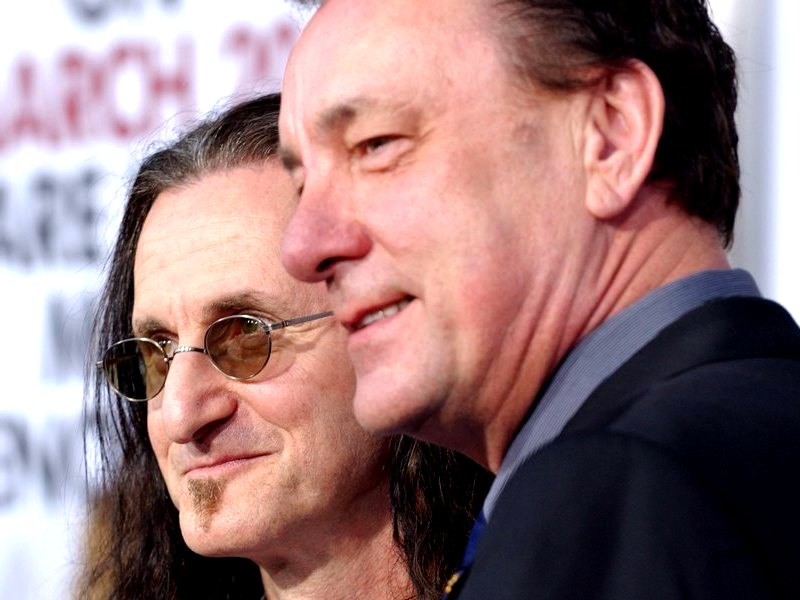 Geddy Lee admitted how hard it was to hold his emotions in check while keeping the cancer diagnosis of Rush drummer Neil Peart a secret. Lee spoke about the situation following the band's 2015 tour in which Peart became ill and eventually died of brain cancer on January 7th, 2020 at the age of 67.

Loudwire.com transcribed some of Geddy Lee's chat on the House Of Strombo podcast, where he explained that keeping Peart's cancer diagnosis “in-house” was difficult: “That was hard. I can't tell you it was easy, 'cause it was not easy. And it was ongoing. He was given 18 months at the most, and it went on three-and-a-half years. (It) was a constant flow of us going to see him, giving him support. What his family had to live through was really difficult. So it was a lot of back-and-forth. And when you're in that state, it's very hard to function normally, because you can't talk to anybody about it, 'cause no one's supposed to know. And so people hear rumblings and they bring things up to you, and you deflect it. And so that feels, on one hand, it feels dishonest, but on the other hand you're being loyal to your friend. So f*** the dishonesty part. That wins.”

Lee, who along with Alex Lifeson, decided to end Rush following Neil Peart's death, went on to say, “I would say that was the most difficult time for us to move forward, during that whole thing, because we were in this bubble of grief sort of walking towards an inevitable and terrible conclusion.”

Mike Portnoy, the co-founding former drummer of Dream Theater revealed just after Neal Peart's death he was among the few that was aware of Neil Peart's cancer diagnosis: “Being part of the inner-circle, I've been aware for, about, the last two years, or so. And, y'know, obviously, I haven't talked about it, and y'know, respected his privacy and his family's privacy. So, even though I knew this could possibly be an inevitability for the past couple of years, it's still shocking now that it's actually here. It's just, you never imagined a world without Neil, Geddy, and Alex all walking along it, y'know?”