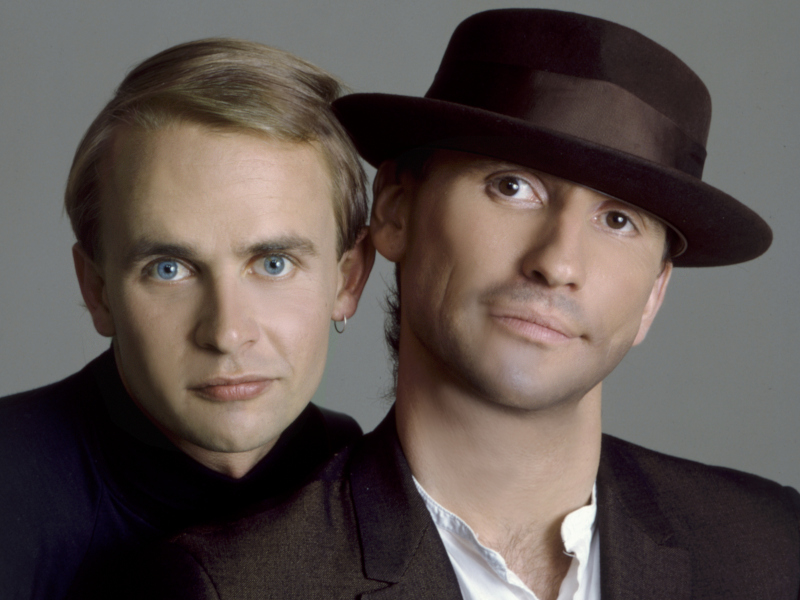 It was 10 years ago today (April 19th, 2012) that Greg Ham, the saxophonist and flutist for Men At Work, was found dead in his home in Carlton, Australia “after he failed to turn up for a pharmacy appointment.” Ham, who was 58, was an active member of Men At Work from 1979 to 1986 and had continued to perform with the group's leader Colin Hay periodically since 1996. The cause of death is still debated, with the press at the time claiming he died of a heart attack, with other reports citing that Ham was battling depression and reportedly a heroin addict. Ham is survived by his wife and two children — although he was the lone occupant of the house he was living in.

The Washington Post reported police as saying of Ham's death: “There are a number of unexplained aspects to it which has caused our attendance here today, and we're assisting the local detectives to determine what has occurred.”

Ham was the center of controversy in 2010 when the flute solo he improvised on Men At Work's classic, 1982 chart-topper, “Down Under” was ruled to have been “lifted” from the 1934 Australian scout song “Kookaburra.” The court's ruling gave current copyright holder Larrikan Music five percent of the song's mechanical rights to the song since 2002 along with future profits. Despite his musical contribution, Ham was not listed as one of the song's co-writers.

Men At Work was a massive hit out of the gate scoring 1982 Number Ones for its debut album, Business As Usual and it's first two singles, “Who Can It Be Now?” and “Down Under.”

The group, who won the 1983 Grammy Award for Best New Artist, holds the distinction of being the only Australian artist to have a simultaneous Number One album and Number One single in the U.S.

At the time, Colin Hay issued a statement on his website (ColinHay.com) the death of Greg Ham:

I met Greg Ham 40 years ago, at Kim Gyngell's house in 1972. Last year of high school. He had blond hair, rosy cheeks, ridiculously bright eyes, and along with Gyngell, was the funniest person I knew. He was sharp, real sharp. We were friends from then on, we liked each other. He lived for a while in Park Street in St Kilda, in a communal household, which was the best of times. The best parties ever.

Greg took up the saxophone and flute during this time, he was always practicing. He got really good. We shared countless, unbelievably memorable times together, from stumbling through Richmond after playing the Cricketers Arms, to helicoptering into New York City, to appear on Saturday Night Live, or flying through dust storms in Arizona, above the Grand Canyon, or getting lost, driving aimlessly through the Gippsland countryside. We played in a band and conquered the world together.

I love him very much. He's a beautiful man. He never lost his love and passion for music, and indeed taught music to kids over the last few years. He was a great teacher, and they loved him. The saxophone solo on 'Who Can It Be Now?' was the rehearsal take. We kept it, that was the one. He's here forever.

I'm thinking about his family, and hoping they are receiving the love and support they need and deserve.

Greg Ham looked back at the massive success of Men At Work's breakthrough hit, “Who Can It Be Now?” and shed light on how the song took off in globally in a truly organic way: “'Who Can It Be Now?' actually got released overseas almost without our knowledge. In fact, 'Who Can It Be Now?' got released in places like France and Israel — and this was previous to the album. And these were not things that. . . that was just, like, a random thing that the CBS affiliate in that country — somebody heard it and said, 'Oh, this is great.' It was a very, sort of, positive thing for us, because we thought, 'Well, y'know, it's got its own life here. There is something to this that is not just here in Australia, or it's not just the record company making it all happen.'”

Colin Hay will be performing as Men At Work this summer in a tour also featuring Rick Springfield and John Waite.