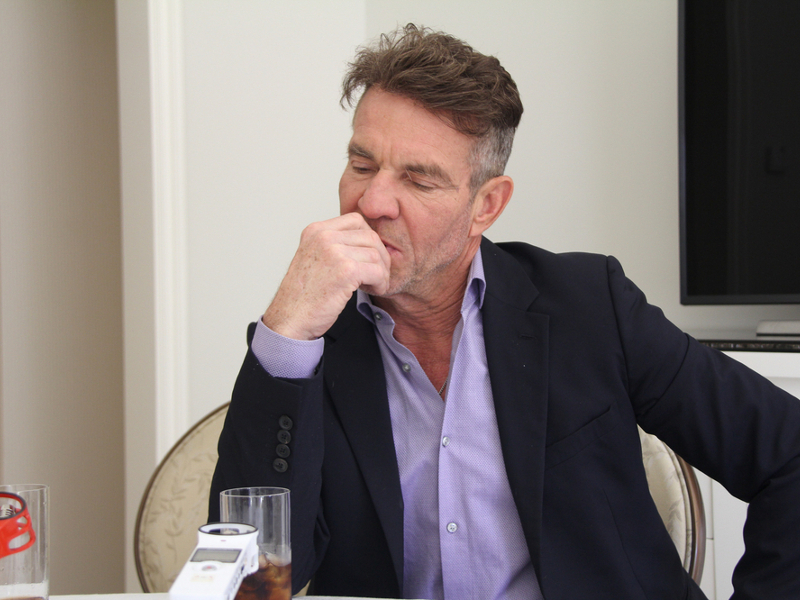 IRELAND BALDWIN SHARES INFO ABOUT 'FACETITE' PROCEDURE: Ireland Baldwin opened up about her recent non-invasive “FaceTite” procedure on Instagram. In a video posted on April 12th, the 26-year-old daughter of Alec Baldwin and Kim Basinger said, “The reason I had it done was because I had this very stubborn pocket of fat and extra skin under my face. And before you say, ‘Why don’t you just diet and workout and not be a lazy b***h,’ it doesn’t work like that.”

CHRIS ROCK'S BROTHER WANTS TO FIGHT WILL SMITH: Chris Rock’s younger brother is wants to take on Will Smith in the Celebrity Boxing ring. TMZ reported Wednesday (April 13th) that Kenny Rock has just inked a deal with Celebrity Boxing founder Damon Feldman and he is out to avenge his brother for the infamous Oscar slap. Kenny said in an interview, “I should get in the ring with Will Smith. I could take him down!”

KENDRA WILKINSON ON DATING AFTER DIVORCE: Kendra Wilkinson has been divorced from Hank Baskett for three years, but she’s not too concerned with finding someone new. The former Girls Next Door star told E! News Tuesday (April 12th), “I don’t really focus on dating. I focus on how to become a better person, a better mom, and that takes all the time in the world to do that. I don't really have a lot of time to date or meet new people.”

DENNIS QUAID AND HIS EX ADJUST CUSTODY AGREEMENT: Dennis Quaid and his ex-wife Kimberly are switching up the custody agreement for their twins. According to the 2018 divorce decree, Kimberly had 75 percent of physical custody. But according to new legal documents obtained by TMZ, the former couple has agreed to a two weeks on, two weeks off schedule for child custody. If Dennis can’t take care of the twins for some reason, Kimberly will be paid $225 per child for every day he misses.