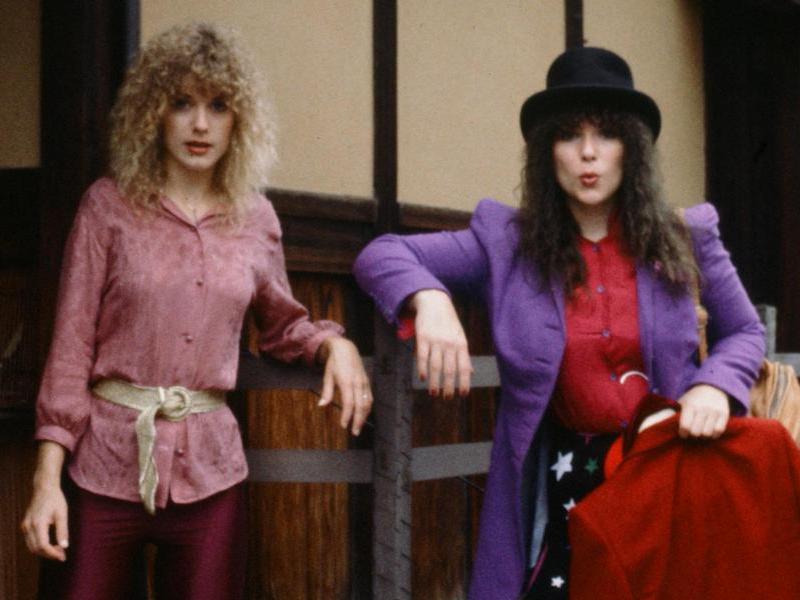 Although Heart's Ann and Nancy Wilson are enjoying separate creative paths these days — singer Ann is eager for the band to celebrate its 50th anniversary next year with a new album. Ann will release her latest solo set, Fierce Bliss, on April 29th and has a string of dates with her backing band Amazing Dawgs set for the spring and summer. Sister and guitarist Nancy is prepping to hit the road later this year with her own lineup of Heart featuring her hand-picked backing band. So far, Nancy and the band have nearly a dozen Canadian dates on the books this fall in support of Styx.

Ann Wilson spoke to Rock Cellar and explained what she hopes to achieve with Nancy for the 50th anniversary set: “When Heart makes another record it will be all new original songs that I’ve written, hopefully that’s she’s written. Next year is our 50th anniversary. I’m having an event, I’m going to invite everyone who’s ever been in the band and that will be recorded. And then we’ll see what happens beyond that. I can’t say for sure when but it’s my mission to get that going.”

She went on to admit, “At this point in my life and career, I measure success by how good I feel about what I’m doing. And the people that I’m working with, the joy of doing this. I’ve had times when I was much younger where I measured it by having a hit record, by feeling glamorous and glorious, by chart positions. But right now it’s really not about that for me. It hasn’t been for some time, probably since the 1980's. It’s been more about getting back to the creative experience. Why did I even start to do this, and work so hard to make it happen? It’s all about the music. It’s all about having a voice. Having something to say and saying it.”

For Ann Wilson going through the motions with Heart simply isn't an option: “Y'know, Heart was started back in the '70s in an atmosphere of super high ideals, and about it being real and about it being, y'know, authentic. So, I really don't want to see it get to a point of being numb or automatic, or just a cash cow, y'know? That's just immoral to me.”