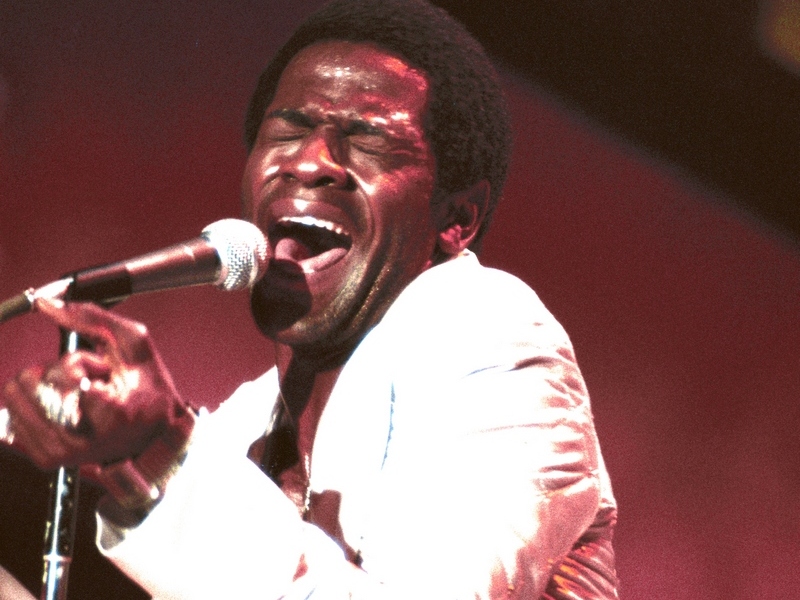 Happy Birthday to soul legend Al Green who celebrates his 76th birthday today (April 13th)!!! In 2014, Green was among the recipients of the Kennedy Center Honors from President Obama at a gala performance in Washington, D.C.'s Kennedy Center. Tribute performances included Earth, Wind, & Fire on “I Can’t Get Next To You,” “Love and Happiness,” and Jennifer Hudson on “Simply Beautiful.” Usher performed “Let’s Stay Together,” and Mavis Staples and Sam Moore teamed up with a choir to duet on “Take Me To The River.”

In 2008 Green released Lay It Down, his third album since returning to secular music in 2003 with I Can't Stop, which reunited him with his longtime collaborator and producer, the late-Willie Mitchell. Green and Mitchell collaborated on most of Green's biggest hits from the '70s like “Let's Stay Together” and “I'm Still In Love With You.” In 2010, Green's 1974 classic, “Take Me To The River” was inducted into the Grammy Hall of Fame.

Al Green, who's been an ordained minister since 1976, was asked if he ever thought he would have attained so much in his lifetime: “No, I never did think . . . I'm a sharecropper's son. I'm nobody. I have a little bag of songs over here, I've got a bible over here, and that's all I got. People come out, remember these songs better than me, and some of the songs are older than the people, so I think that I am blessed.”

He told us that although he's not judging today's musical talent, one thing is clear to him — it is very different from the pop-R&B sounds of the mid-'60's: “Today's music is a whole different animal from the Four Tops, or from the Temptations or Martha Reeves & The Vandellas or the Supremes. It's talking, more talking as a rap style — and I'm not jumping up and down on our kids. Because, no matter what you think of them, or no matter what I think, they are our — I said underline our — offspring.”

Known for the pop hits “Let's Stay Together” and “I'm Still In Love With You,” among others, Green says gospel music is just as important to him, if not more so. He explains the need for making gospel music in today's world: “Because I think the need for 'a rose is still a rose' mentality, and that pureness that comes out of gospel music is necessary for today to kind of curb all of the negative postures of music in reference to the language and various other videos that suggest very strongly this or that. I think the gospel music has a tendency to make it kind of lean up straight a little bit, just a little more, and everything is able to go right on.”

Green acknowledges that some of his fans turned their back on him in 2003 when he went back to releasing secular music. He says that he can't worry about the select group of fans who have a problem with him being both a gospel and a soul artist: “You gotta be yourself. I can't be nobody else. I have to be Al. I'm a gospel preacher, and I sing R&B rhythm and blues, and I sing gospel songs too. I'm just Al, and that's all I really wanna be. I don't really wanna be. . . Can't nobody beat me being myself.”

Green told us that he finds it hard narrowing down a concert set list from all his great songs : “It's hard to kind of narrow 'em down, 'cause they all your children, see? It's like my kids — I can't say I like this one better than I like that one, because that would be preferring one over another. So, it's like 'I'm Still In Love With You,' you know, I like that too, but I like, still like 'Let's Stay Together.' I like 'Love And Happiness' because I wrote it.”

Al Green spoke about his musical legacy: “Well, I think that's a lot of making babies, I mean in London they was asking us 'do you know how many kids been born since you been making this music?,' I'm going 'huh?' The music is what it is, and it's about love and it's about compassion and it's about affection, it's about family, it's about, it's about time for me to go, bye!”

Back in 2005 it was announced that a feature film based on Green's life was heading to the big screen starring former-ER leading man Mekhi Phifer, but so far there has been no word on if and when production will begin.