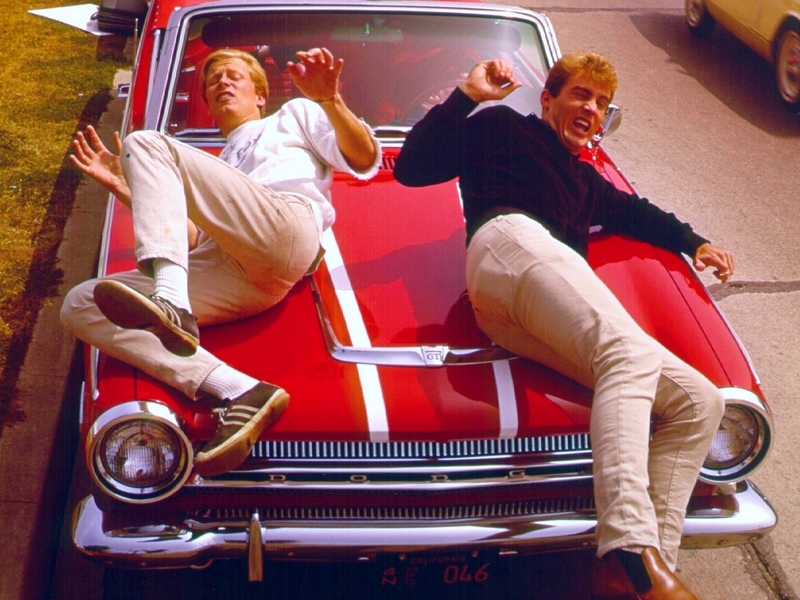 It was 56 years ago today (April 12th, 1966), that Jan Berry of Jan & Dean suffered a horrendous car crash that left him brain damaged and severely disabled for the rest of his life. Berry was speeding on Sunset Boulevard in Los Angeles and crashed his Stingray into a parked truck. The wreck was so horrific, and Berry's injuries so severe, that the first paramedics on the scene actually thought Berry was dead before they checked his vital signs and found a weak pulse.

After numerous brain operations, Berry spent six weeks in coma and awoke severely brain damaged, unable to speak, and completely paralyzed on his right side. Friends and family credited Berry's infamous ego, which enabled him — although tremendously handicapped — to return to the recording studio the next year to work on material for a long-unreleased Jan & Dean project, Carnival Of Sound.

Fans have long referred to the patch of Sunset Boulevard near Whittier Boulevard as “Dead Man's Curve,” after the Jan & Dean hit which was eerily released just-over two years before the crash. In the years since the accident, the city of Beverly Hills has made the curve much safer for motorists, and the actual site of the crash is now part of a park.

Berry, who had been the creative force behind all the duo's hits, including “Surf City,” “The Little Old Lady From Pasadena,” and the foreboding “Dead Man's Curve,” persevered throughout his setbacks and never stopped recording music, up through the late-1990's.

In 1978, hot on the heels of the TV movie Deadman's Curve, which chronicled Berry's ordeal, he and Dean Torrence officially reunited to open for the Beach Boys, and continued to tour until 2004.

Jan Berry died in March 2004 from a brain seizure, one week shy of his 63rd birthday.

The Beach Boys and Jan & Dean enjoy a long and combined history. Beach Boy Bruce Johnston remembers his teenage days in the 1950's growing up in Bel Air with the late Jan Berry: “He would come to my house every morning and we'd play doo wop songs for 15 or 20 minutes — he just lived up the street — and then we'd take the school bus to high school.”

Beach Boys co-founder David Marks told us that Berry's accident curtailed a major talent: “He didn't have a fair chance to express himself and to get his music out. He was just starting off. I mean, 'Jennie Lee' and 'Baby Talk' — that was genius. Right at the time in the '50s, that was typical rock n' roll.”

A while back, the late, great Glen Campbell, who played on the majority of Jan & Dean hits, told us that unlike Berry's contemporaries Phil Spector and Brian Wilson, Berry personally notated the score for the studio musicians to play: “Oh Jan, Jan was brilliant. He wrote everything out. He wrote notes out, all the chord progressions out. It didn't matter what it was.'”

Recently published is Hollywood Eden: Electric Guitars, Fast Cars, And The Myth Of The California Paradise by legendary writer Joel Selvin. Selvin traces the early days of the L.A. rock scene, and charts the course of key L.A. players — Phil Spector, Lou Adler, Brian Wilson, and Jan Berry, among others. Selvin explained how stars aligning at just the right moment in Southern California allowed Jan Berry to leave his mark: “It's a really amazing time and place for those teenagers. It was just an extraordinary set of coefficients. All those things they did were possible then. In a very short time, they would no longer be possible. Jan Berry walking into a recording studio to get a dub for three bucks — the first time he'd ever even been inside a recording studio. And some guy hears him and follows him home to see, y'know, exactly what he's doing. And the next thing you know: bing, bang, boom — he's on the charts.”

Recently released is Carnival Of Sound — the long-unreleased album from 1966 and 1967 that Berry was working on both prior to and after his car accident.