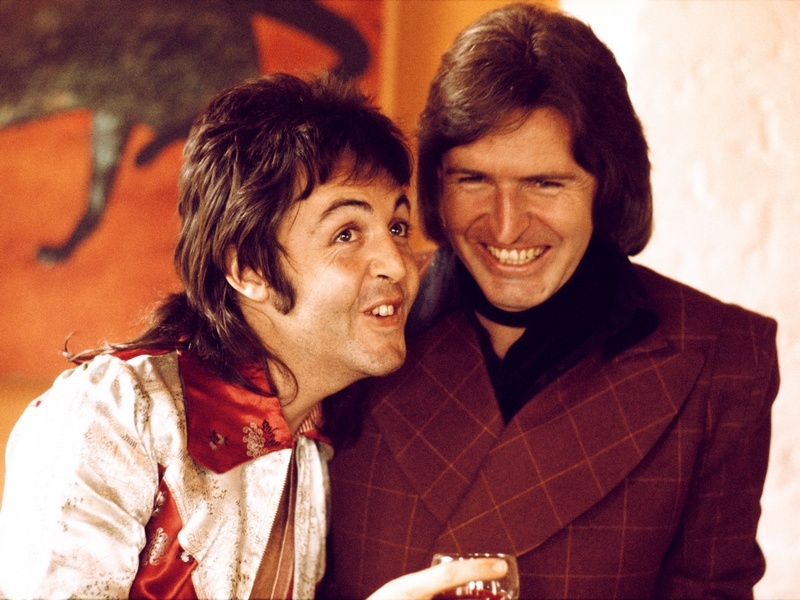 Britain's National Trust, which owns and oversees the McCartney home, will work with Mike McCartney, Pete Paphides, and consult with the Liverpool Institute of Performing Arts (LIPA), in choosing the artists. The opportunity is open to “any unsigned, UK-based music artist aged over 18.” “The Forthlin Sessions” will be recorded and publicized, offering vital opportunities for new musical talent to reach audiences.

According to the official press release:

“The Forthlin Sessions” will see unsigned music artists given the chance to visit, write, and perform at 20 Forthlin Road, sitting in the very same spots where around 30 of the world’s most famous songs, including “Love Me Do,” “I Saw Her Standing There,” “Hold Me Tight,” “I’ll Follow The Sun,” and “When I’m Sixty-Four” were written and rehearsed. It is also where Paul wrote his first-ever song, “I Lost My Little Girl.”

To celebrate a year of the Beatles' anniversaries, including Sir Paul McCartney’s 80th birthday in June, and the 60th anniversary of the Beatles’ debut single “Love Me Do” in October, the charity will be celebrating the creativity sparked from the rooms of 20 Forthlin Road (“the birthplace of the Beatles”), by supporting a new generation of talent and bringing a place rich in popular music history, to a wider audience.

Mike McCartney told Sky News: “This house to me, is a house of hope. And I hope it will be for the young people that come through the doors. I would be in the other room learning photography, but whilst I'm doing all that I could hear guitar noises coming from this room. In there were what turned out to be two of the world's greatest songwriters, (Paul) McCartney and (John) Lennon. They were rehearsing from a school book on the floor, that's why this house is so unique.”

He added: “I think it's a brilliant idea. Inviting young people to this house and giving them the opportunity of doing the same as us, coming from nothing and seeing where it takes them. . . All this is to me is a lovely little home where love came from.”

Paul McCartney says that throughout the years, he's always used music as a way to celebrate his life and get him through his darker moments: “I know for me it often is a way — that's why I say 'therapy.' Y'know, you're feeling bad, you skulk off into a corner with your guitar and you write something and somehow you seem to take yourself through it, and somehow you work through it with your music. So, I thank heaven for that.”

The former-Beatle explained that for him, songwriting is an extremely personal and often therapeutic process: “One thing with me, I don't really want to have anyone hear me writing a song. And I don't like the idea, 'cause I'm going to make mistakes. I'm gonna put words in I hate and then I'm gonna realize I hate them, I'm gonna change it. It's good to go away somewhere that, pretty much, people aren't gonna hear you. It's good if it's got a little bit of an acoustic, so little cupboards and cellars, bathrooms and little areas like that are good. Yeah, I like to just go and hide, hide away.”

For more info, log on to: www.nationaltrust.org.uk/the-forthlin-sessions or @nationaltrust #TheForthlinSessions.