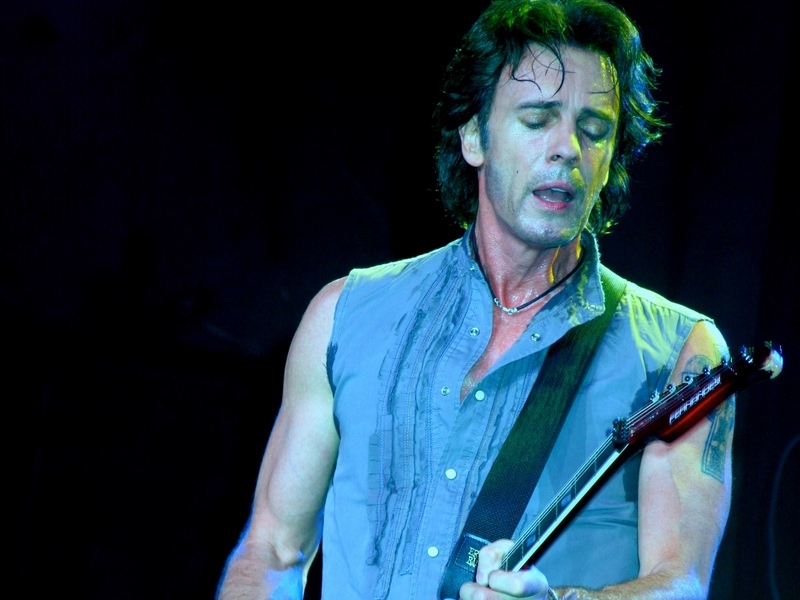 Rick Springfield is hitting the road with Men At Work — led by Colin Hay, and John Waite for an 18-city summer tour. The trek will belatedly commemorate the 40th anniversaries of both Springfield's Working Class Dog album as well as Men At Work's Business As Usual.

The tour kicks off on August 5th in Saint Augustine, Florida at The Saint Augustine Amphitheatre and runs through September 3rd for a free concert in Las Vegas at the Fremont Street Experience.

Rick Springfield told us that it's the love, interest, and support from both his female and male fans that keep him honest and progressing musically and emotionally: “I write what I like and that's why the music always comes from a male perspective because I am, y'know? But some of the image stuff. . . I mean I always resisted all the teen stuff, but they still printed stuff anyway back in the '80s and I had to deal with it. But I always played and wrote what I wanted to — that I thought was good stuff, which is why I still have male fans. And the male fan base is actually growing, because I've always written, I think, with a degree of integrity and not a sell-out vibe at all.”

Colin Hay was asked a while back what the best part of being a working musician is: “Just going to many, many different countries that you've never been to before. Every night you play before 10 or 20,000 people and they clap when you play these songs. It's an incredible job to have. Y'know, there's not many jobs where you go to work for a couple of hours and people clap.”

Although no one can deny that 1984's “Missing You” was an era-defining song, John Waite revealed to us that it pretty much took as long to write as it did to sing: “'Missing You' was sung over somebody else's track, and I just made up on the spot. It took about 15 minutes to do the whole demo. Yeah, it was insane. I would never have pitched a song that low, but I just, sort of, like, closed my eyes and went with it and that's what it said to me. I didn't have any plan about coming up with a chorus. I used the first line of 'Every Time I Think Of You' by the Babys to get me going. All of that came out in one big chunk.”

John Waite will next perform on April 14th at Milwaukee's Potawatomi Casino.