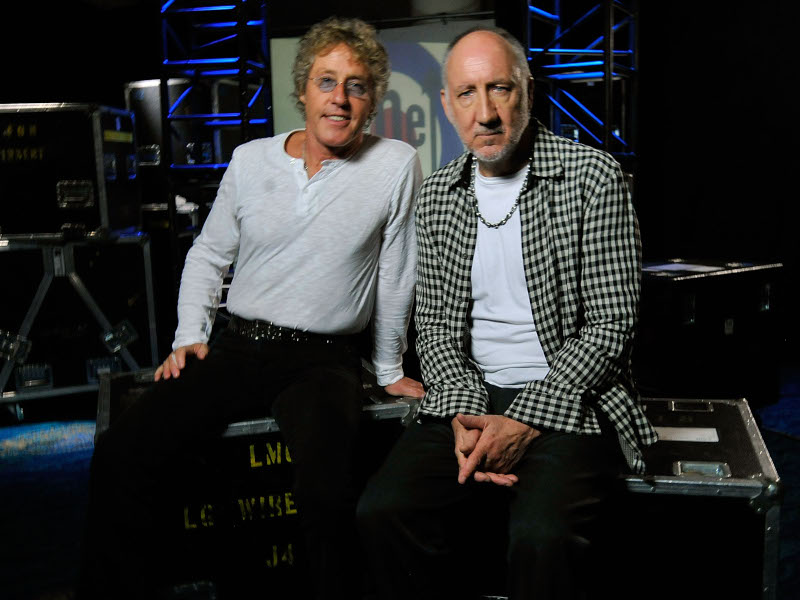 The Who Go Acoustic At Royal Albert Hall Tonight

The Who are back on the boards tonight (March 25th) for their first concert since the pandemic hit. Roger Daltrey and Pete Townshend will front an acoustic band at London's Royal Albert Hall as part of the 2022 Teenage Cancer Trust concert.

In the announcement of the Royal Albert Hall gig, Roger Daltrey explained, “Live music has been hit arduous by the pandemic and it has been notably irritating for me that we haven’t been in a position to get artists on stage to lift cash for this vitally necessary trigger. But we haven’t given up. The Who will be back on stage this year at the hall alongside some wonderful talent. After the last two unbelievably difficult years, young people with cancer deserve everything we can do for them.”

For Roger Daltrey, his patronage of the Teenage Cancer Trust is merely payback for the teens that gave him a life in music: “We couldn't have done it without the support of teenagers. The whole of the rock business, the whole of — generally the whole of the music business is founded on the backs of teenagers. It just makes so much sense that the music business, for instance, should get behind this, because we rely on them. I also saw the simplicity of the idea. The way the medicine works — you're either a child or an adult. Now they kind of say, 'Well, we've got adolescent programs' — but those adolescent programs in your country, go from 13 to 40. And of course, a 13-year-old hasn't got much in common at all with a 40-year-old.”

It was 55 years ago today (March 25th, 1967) that the Who made their U.S. live premiere. The band was booked to perform four mini-sets a day as part of New York disc jockey Murray The K's “Music In The Fifth Dimension” review at New York City's RKO 58th Street Theater.

In addition to the Who and Cream, the nine-day stand included sets by Mitch Ryder & The Detroit Wheels, Wilson Pickett, along with single one-off performances by Phil Ochs, Simon & Garfunkel, the Blues Magoos, and the Young Rascals, among others.

Roger Daltrey admits that the Who and the U.S. have enjoyed a mutual love of one another since the band's 1967 New York City debut: “I've never ceased to be incredibly humbled by the affection shown by America to the Who. It's been an incredible relationship; our audience has been incredibly loyal. And it's great that you kind of get our music hopefully in the same way that we do. Y'know, I feel so passionate about (Pete) Townshend's music and what he wrote and it's standing in the big scheme of things. It seems to me that that's one thing that America gets as well — they understand it too, they're as passionate about it as I am.” (28 OC: . . . as I am)