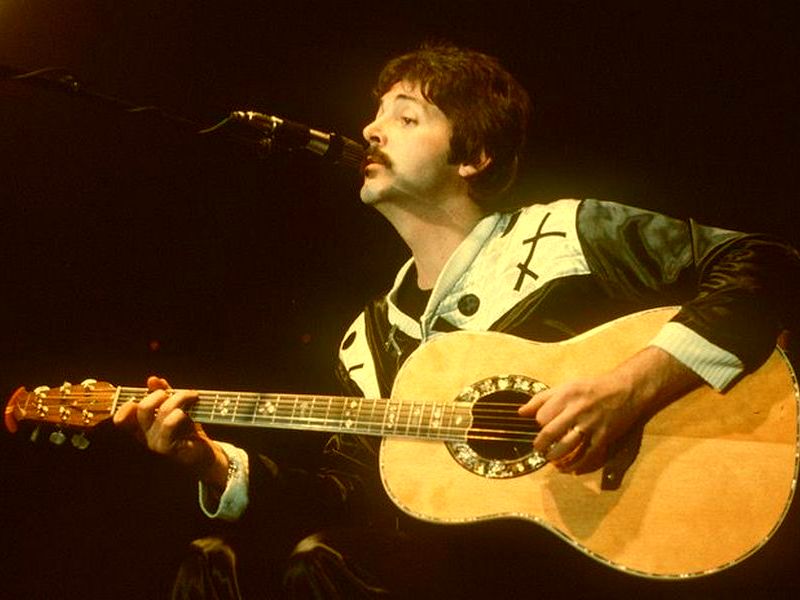 It was 36 years ago today (March 25th, 1976) that Paul McCartney released his seventh solo album — and fifth Wings release — Wings At The Speed Of Sound. The album, which was the former-Beatle's fifth chart-topper, hit Number One on April 24th, 1976 and spent seven non-consecutive weeks at the top spot while McCartney was back in the States on his sold-out Wings Over America tour.

Back in 2014 a super-deluxe edition of the album was released as part of the ongoing McCartney Archives Collection. The Wings At The Speed Of Sound set includes a 112-page hardbound book, and features several outtakes — including the long-rumored version of “Beware My Love” featuring Led Zeppelin‘s John Bonham on drums along with a DVD featuring previously unreleased 1976 footage of Wings in Venice, a new behind the scenes edit from Wings’ 1976 Wembley shows, as well as the original music video for “Silly Love Songs.”

Although Wings was a massively successful band across the globe, they were especially big in America. Between 1971 and 1980 the band scored 13 Top 10 singles — six of them chart-toppers; and eight Top 10 albums — including five straight Number Ones, with the final chart-topper, 1976’s Wings Over America, being a triple-record set.

We asked Paul McCartney why Wings landed so large in the States: “We did bigger tours over there, I think, really. Simple as that. The records sold very well and the concerts we did over there, inevitably, had bigger venues, so we saw more people, we played to more people.”

McCartney's main musical foil throughout the Wings era was Moody Blues co-founder and multi-instrumentalist Denny Laine. Laine admitted that despite the band's success, being an active member of top act like Wings is hardly as easy as it looks: “Well, there's a lot of pressure on you when you're in a band like Wings — to come up with the goods, to be continually working. It's not like taking it easy and taking it at your own pace. Y'know you're out there and you've got to do what the public expects you to.”