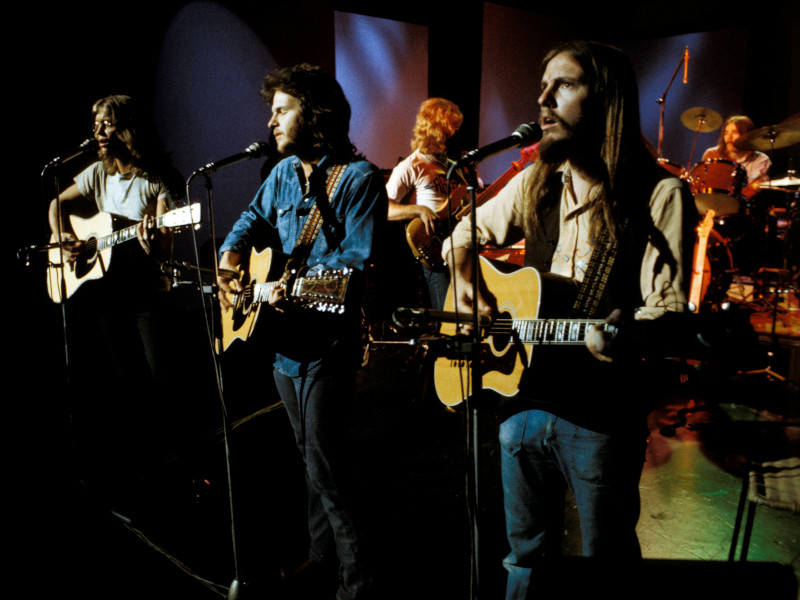 50 Years Ago Today!!! America’s ‘A Horse With No Name’ Hits Number One

It was 50 years ago today (March 25th, 1972) that America's “A Horse With No Name” became the band's first Number One hit. The tune, which was written by co-founder Dewey Bunnell, displaced Neil Young's “Heart Of Gold” from the top spot — and couldn't stop some critics carping that America's hit was actually a pale imitation of Crosby, Stills, Nash, & Young.

Dewey Bunnell recalled to us his and bandmates Gerry Beckley and Dan Peek's early pre-fame High School days when the group was living overseas: “We were at a U.S. Air Force base in England — that's where we met. And we had these kind of similar interests in the music world, and we knocked around London and saw all these great acts of the late-'60s and stuff going on there; the Rolling Stones in Hyde Park. It was just an exciting time.”

Gerry Beckley told us in the early-'70s, both America and the Eagles broke down radio boundaries by being major acts that allowed two very distinct voices to represent the band on the airwaves: “We were in the same office with those guys at the start, and I remember after 'Take It Easy' there was some debate — not everybody was sure that 'Witchy Woman' was the way to go, because it was Don singing. But because they did — and it was very similar to what Dewey (Bunnell) and I did with 'A Horse With No Name' followed by 'I Need You' — you right at the start establish this thing of there's going to be a variety of directions.”

America went on to score a further six Top 10 hits — with only 1975's “Sister Golden Hair” going all the way to Number One.