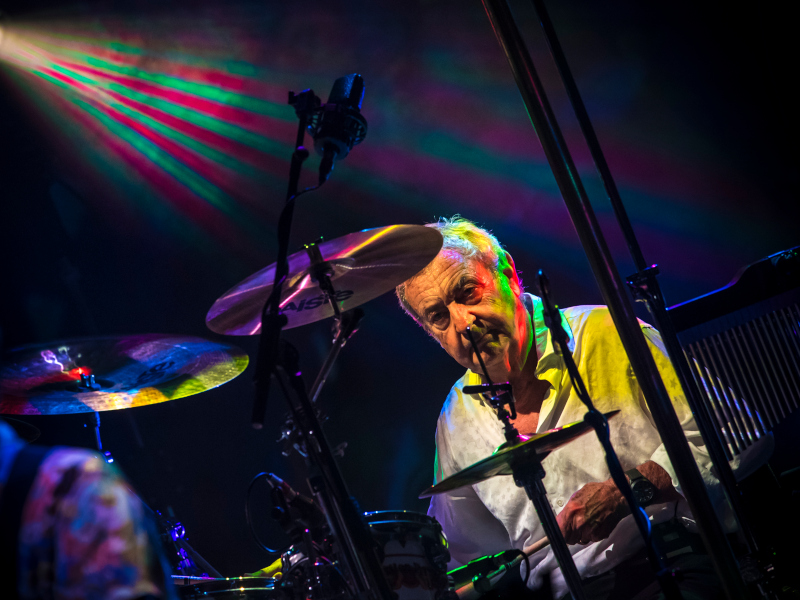 Nick Mason’s Saucerful Of Secrets has rolled out a 28-city North American fall run. Rolling Stone reported that the band — led by Pink Floyd's co-founding drummer — has added eight new stops to the leg, which are mainly rescheduled dates that were on the books prior to the pandemic.

As it stands now, Mason and the band will kick things off on September 22nd at Boston's Shubert Theatre and wind things down on this side of the pond on November 1st in Vancouver at The Orpheum.

Saucerful Of Secrets' setlists are comprised of all early Floyd material, predating the 1973 classic, The Dark Side Of The Moon, with a heavy emphasis on the band's early era and the work of the band's original guiding force, the late-Syd Barrett. In addition to Mason on drums, Saucerful Of Secrets includes Gary Kemp — of Spandau Ballet fame — on guitar and vocals, Guy Pratt on bass, Lee Harris on guitar, and Dom Beken on keyboards.

Nick Mason said in a statement, “We are really looking forward to returning to North America and we’re happy to be able to now announce these new dates for later this year. We wanted to make sure to come back when it’s safe for our fans, the band, and our crew.”

Nick Mason told us that he and his Pink Floyd bandmates — along with all of Syd Barrett's legion of fans — will always wonder where Barrett would've gone if he had wrestled himself from the clutches of madness: “There's always that wondering if things had played out differently whether Syd would've continued on and done more wonderful things. Y'know, there's an element of the James Dean thing — 'What could he, or might he have done if he'd had that opportunity?'”

Mason explained that although Pink Floyd made a dramatic shift stylistically when Roger Waters took over the as the band's main songwriter after Syd Barrett left, elements of their earlier work continued on throughout their entire career: “Lyrically they're quite different, because Syd's writing is different to Roger's, but musically, I think, there's a style, there's a sound and a way of assembling the sound that's continued through, and I think particularly in terms of overlaying sound and then this sort of introduction of special effects. That fact that 'See Emily Play,' for instance, has that bridge which is sort of a double-time, speeded-up tape thing, that was a forerunner of all sorts of ideas and sound effects and strange noises that have been used consistently ever since.”