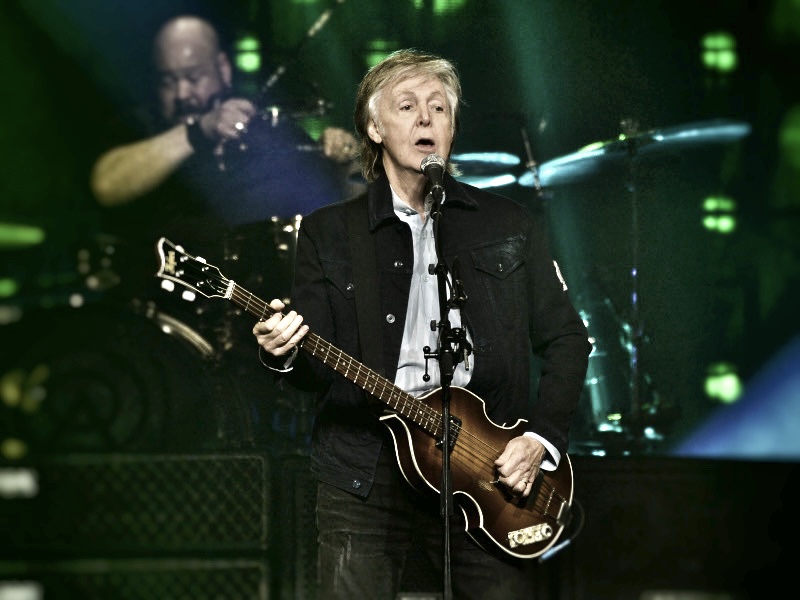 Paul McCartney has added a second Oakland, California date to his “Got Back” tour itinerary. The new show at the Oakland Arena falls on Sunday, May 8th — Mother's Day — with the general on-sale beginning this Friday, March 18th at 10 a.m. local time. For more info, log on to: https://www.paulmccartneygotback.com/

2022 marks 20th anniversary of “Macca's” current touring band first hitting the road with the former-Beatle. Fans are quick to point out that that's seven-years longer than his partnership with John Lennon, and about five times as long as the most durable lineup of Wings. McCartney's current band consists of guitarist Rusty Anderson, 33-year-veteran, keyboardist Paul “Wix” Wickens, guitarist/bassist Brian Ray, and drummer Abe Laboriel, Jr.

Paul McCartney shed light on how the current band fell into place during his spring 2001 recording sessions in L.A.: “I was going to do the Driving Rain album, I was talking to the producer, I said, 'I better get some people — or you better get some people.' (Laughs) Y'know, we're gonna work with musicians. So I said, 'Y'know what, you know guys out in L.A.' I said, 'Why don't you make a couple of suggestions' — so he did, and they sounded great. Abe (Laboriel Jr.) on drums and Rusty (Anderson) on guitar. So, anyway, I worked with those two guys during the Driving Rain album, and loved working with them.”