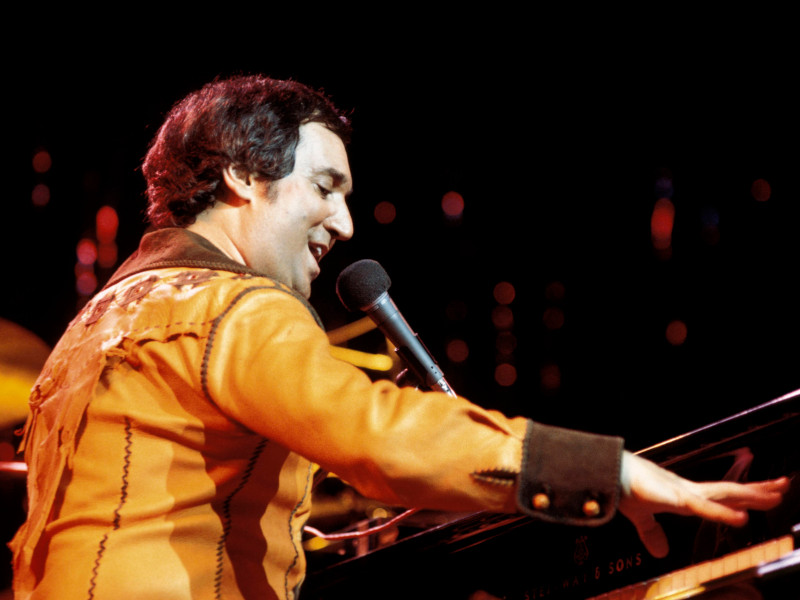 Happy Birthday to Neil Sedaka, who turns 83 on Sunday (March 13th)!!! Sedaka is best known for his string of hits in the early-1960's and again during his mid-'70s comeback. His legendary hits, most of which were written with his early lyricist, the late-Howie Greenfield, include “Breaking Up Is Hard To Do,” “Oh! Carol,” “Calendar Girl,” “Happy Birthday, Sweet Sixteen,” “Love Will Keep Us Together” — which was later a hit for the Captain & Tennille — and “Where The Boys Are” and “Stupid Cupid” which were major hits for Connie Francis. With lyricist Carole Bayer Sager, Sedaka wrote “When Love Comes Knockin' At Your Door” for the Monkees. His two 1975 chart-toppers, “Laughter In The Rain” and “Bad Blood” were written with lyricist Phil Cody.

In a 2018 interview with Naples Daily News, Sedaka revealed that he's come to the end of the road, explaining, “I’ve been doing it over 60 years. I’ve been traveling, and it’s become too taxing on my health. I have arthritis. . . I’d rather go out while I’m in good shape. Too many singers went on too long. The voice was gone and they needed teleprompters to remember the words.”

Sedaka went on to say: “I used to do 50, 52 concerts a year. I had my own plane. But the last couple of years have been very tough. So I would rather bow out. I think you have to know when it’s time. My voice is perfect. I can still play piano with arthritis. Of course, I don't play Brahms, I play Sedaka.”

In 2010, Sedaka released his first new collection of pop songs in over a decade called The Music Of My Life. Highlights on the album include “Right Or Wrong,” which Sedaka wrote when he was 16-year-old with Howard Greenfield. For the newly-written Salsa number, “Do You Remember?,” Sedaka teamed up with old friend and Grammy Award winning producer David Foster.

Sedaka, who's been playing classical piano and performing since childhood, says he always knew he would end up on the stage: “I always wanted to be a star. My mother told me I was perfect. I believed her. And I worked very hard and I was influenced by other great songwriters and singers. I think that creativity bounces off each other. You have to listen to other people to really be inspired. There's no original melodies or lyrics anymore.”

He revealed the inspiration for his 1960 Top Ten hit “Calendar Girl”: “I loved the tempo of 'Personality' by Lloyd Price so I took the 'umpa-chicka, umpa-chicka,' and I loved the fact that, y'know, that we went through all the months of the year — that was a great Howie Greenfield lyric. Very razza-matazz.”

Sedaka scored his last Number One hit in 1975 with the release of “Bad Blood” which he recorded while signed to Elton John's record label Rocket Records: “'Bad Blood,' I have to thank Elton John. It was a great song and a great record, but certainly Elton's background vocal helped sell that record. It was my biggest selling single, but strangely, the least played on the radio. I hardly hear it.

When we last caught up to Neil Sedaka he shed light on how he wrote his 1975 chart-topper “Laughter In The Rain”: “In 'Laughter In The Rain,' I stared with the middle part . . . the key change, which intrigued me — and then I wrote around that. But what I do is I sit at the piano and I find a tempo. Y'know, being from the old Dick Clark days, tempo is very important. — whether you can dance to the record or the beat. Y'know, if you're lucky enough to click in with the culture of the time, as 'Laughter In The Rain' did, then you have a commercial hit.”