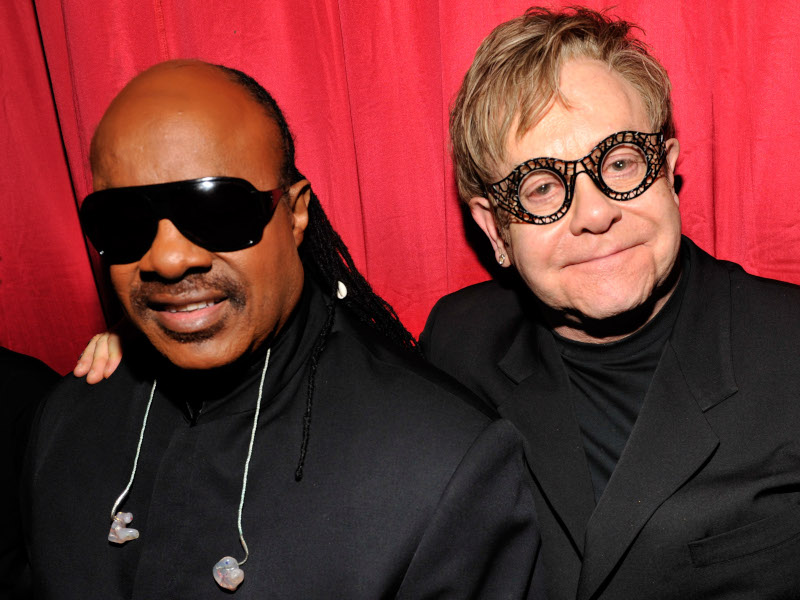 Elton John and Stevie Wonder have just dropped the official video for their duet, “Finish Line,” from Elton's latest album, The Lockdown Sessions. The video, which features new and archival footage of people of all creeds, races, and denominations celebrating the big moments in life, also includes vintage shots of Elton and Wonder from back in the 1970's.

Stevie Wonder spoke about the track to Billboard and admitted it caught his ear immediately: “I heard the song and I liked the song and wanted to, y'know, add some things to it. I thought I could do a little some'in, some'in. We got together with (producer) Andrew (Watt) and we were able to make it happen. I did my part at his house and we just had fun.”

Elton John went on to describe the process of the collaboration: “We wanted Stevie initially just to play harmonica and then it just grew. He wasn't gonna sing on it. I think he thought he'd done enough. I really wanted him to sing on it, because for me, it was like, an old, special soul song. And in the end, I twisted his arm, and he did sing on it. And, to be honest with you, I think it's one of the greatest things I've ever recorded, because to be in the same studio with him, to hear how he sounds on the record. . . And I just think, 'I'm singing with Stevie Wonder. And I'm playing with Stevie Wonder — and I really like it.”

IN OTHER ELTON NEWS

On Record Store Day — April 23rd — Elton John will release a limited-edition lavender vinyl edition of The Complete Them Bell Sessions. Elton's 1977 foray into Philly soul contained the Top 10 smash “Mama Can't Buy You” and was issued as an EP back in 1979, with the full LP version of the sessions being released an CD a decade later.