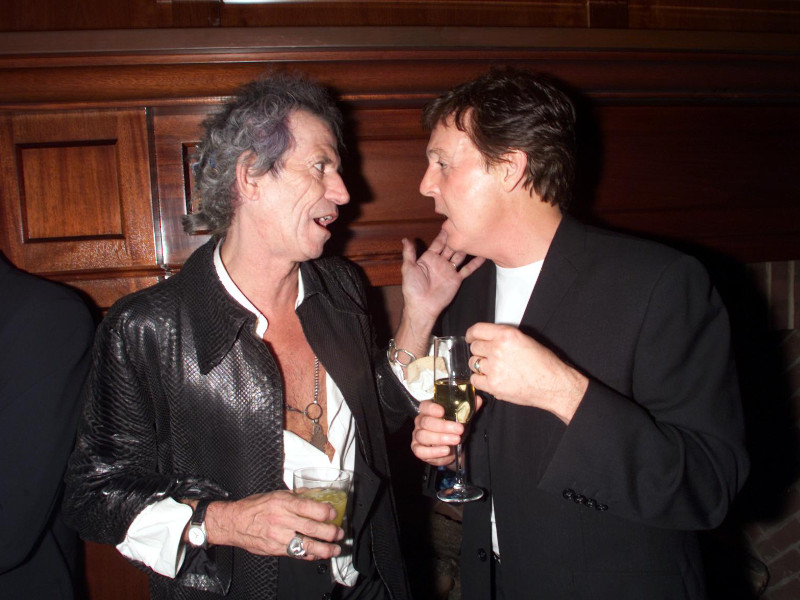 Is A Beatles / Stones Festival Showdown Brewing In England???

Will Paul McCartney and the Rolling Stones divide British fans by making appearances at competing UK festivals??? Industry whispers are stating that the Stones are prepping for a June 25th return to Britain's Hyde Park BST Festival — the same day the former-Beatle is set to headline Glastonbury. Britain's Daily Mail posted: “No artist has yet been named to play that empty Saturday slot (at Hyde Park), but the site suggested that the artist headliner would be the Rolling Stones.” If the Stones do sign on for the June 25th gig, their night will be bookended by respective appearances by Elton John and the Eagles.

The Stones' first Hyde Park gig took place on July 5th, 1969 and served as the band's tribute to late-co-founder Brian Jones — as well as the live introduction of his replacement, Mick Taylor. The band returned to Hyde Park on July 6th and 13th, 2013, highlights of which were released on their Hyde Park Live collection.

Paul McCartney last headlined Glastonbury in 2004 and had planned to play the 2020 festival before the Covid shut down. McCartney also played Hyde Park on June 27th, 2009.

Keith Richards was an immediate fan and friend of the Beatles. He admits that following manager Andrew Loog Oldham‘s brief that the Stones become the opposite of the lovable “Mop Tops” was ingenious and important in separating the Stones from all the other British beat groups that followed in the Beatles wake: “There was no competition between the bands, per se, y’know — but in the greater world, the Beatles were the “Fab Four,” y’know? As I say, that’s wearing the ‘white hat.’ So the only other (laughs) place to go is to wear the ‘black hat’ (laughs), y’know? And at the same time, we were pretty natural, and I think all we really did was, we didn’t ‘showbiz’ ourselves up.”