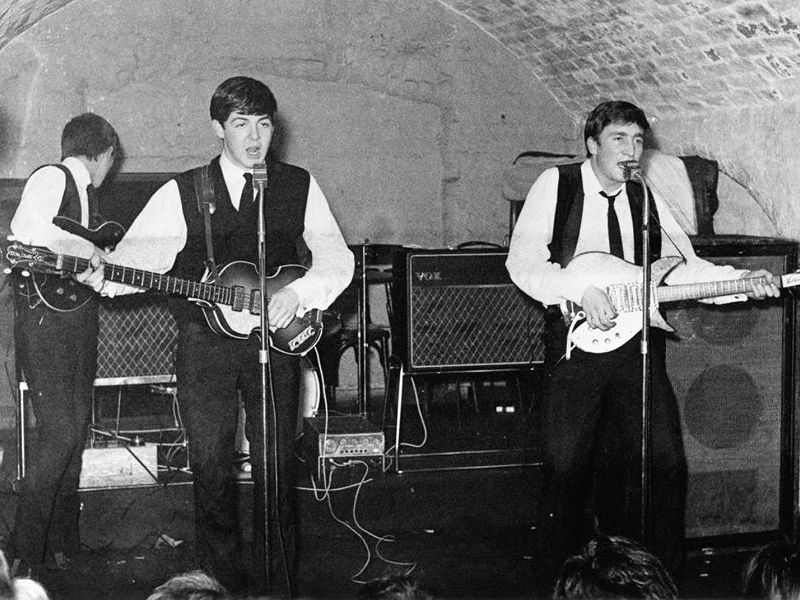 Flashback: The Beatles Record ‘From Me To You’

It was 59 years ago Saturday (March 5th, 1963) that the Beatles recorded "From Me To You." The track was done in a single session at London's Abbey Road Studios, which included 13 takes of the song, 13 takes of the song's B-side "Thank You Girl," and five takes of "The One After 909," which would remain unissued until the 1995 archival release The Beatles Anthology 1. The Beatles would revisit "The One After 909," one of John Lennon and Paul McCartney's earliest collaborations, for the group's 1969 Let It Be project, and performed the tune during their final live performance on the Apple headquarters rooftop.

On the afternoon of March 5th, 1963 the "Fab Four" posed for their Please Please Me album cover at their record company headquarters staircase at EMI House in Manchester Square. An alternate shot from that session was used for the group's 1973 compilation album, The Beatles 1962-1966.

The session tapes recorded on March 5th, 1963 are among the rare cases in which an entire Beatles session has been widely bootlegged with pristine sound.

In April 1963 "From Me To You" was released and topped the British charts for five weeks. The following month, in the U.S., the then-still unknown Beatles released the song where it became their American chart debut, "peaking" at Number 116. In early 1964, the song charted again at Number 41 when it was re-released as the B-side to the group's "Please Please Me" single.

In late 1963 Burt Bacharach first met the Beatles, who had recorded a cover of his song "Baby, It's You" on their Please Please Me album. He admitted that he was immediately struck at how different they looked: ["Yeah, I had heard them. The first time I met them casually was at a Royal Command performance in England. And the Beatles are on the same bill. And I said, 'Who are these funny looking guys with these haircuts?' They hadn't broken here at all yet, y'know?"] SOUNDCUE (:13 OC: . . . all yet y'know)

Singer Billy J. Kramer was also managed by Brian Epstein and spent a lot of time with the band in 1963. He went on to record several original Lennon – McCartney songs with his band the Dakotas, including 1964's Top Ten hit "Bad To Me." He explained that the duo's public images hardly sum up the pair's true personalities: ["Paul always came across as being more cutesy, and John was more of a tough guy — but he wasn't really. It's funny the way people see people and have these visions of them and they're not like that at all, y'know?"] SOUNDCUE (:11 OC: . . . at all y'know)

In 2007 while promoting the Las Vegas extravaganza The Beatles LOVE, Paul McCartney told Larry King that the Beatles always knew they were good: ["We were also very sure of ourselves. I wouldn't call it conceited but we just knew we were good. And we knew we were gonna do very well, we didn't know how it was gonna happen, but we knew. . . people would say to me at the time, 'Do you think your stuff is gonna be standards, you know like Sinatra's stuff? And I would go 'yeah.' (Laughter) And they'd say 'uh.' I'd say 'no, it's true.' You just felt it."] SOUNDCUE (:23 OC: . . . just felt it)