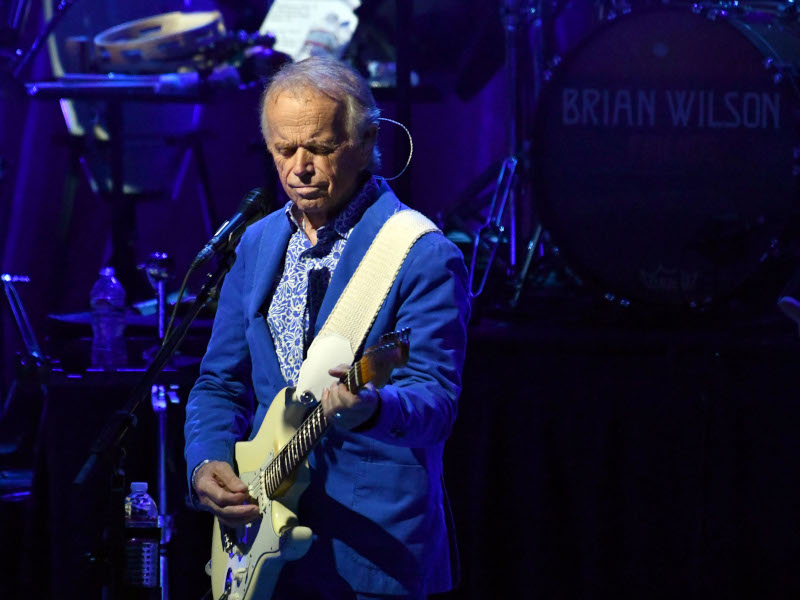 In addition to a spate of Beach Boys classics, the group will be performing a mini-set of Wilson Phillips favorites.

In the late-1990's Jardine, the Wilson sisters, along with son Matt and his brother Adam, toured as Al Jardine's Beach Boys Family & Friends.

Al Jardine told us that ultimately, both then and now, the Beach Boys' biggest hits serve a bigger purpose than just entertaining fans: “Each song, or each track selection is a special little messenger. And they convey a certain optimism, I think. And collectively, they're extremely powerful and it reminds of a better time — a more positive time of growing up and experiencing things as a culture.”

Matt Jardine — who's revered as having one of the greatest sets of pipes in the business — has been providing falsettos vocals and harmonies to the Beach Boys and Brian Wilson touring band's for a combined 30 years now. He recalled to us when he finally got the nod to move up from being a P.A. into a performer with the Beach Boys: “I was basically a gopher out there, just corralling drivers and making sure bags didn't get left behind backstage and all the loose ends that could turn into major (laughs) disasters if they're not taken care of — that's the stuff I was doin' and I got a call sayin,' 'They need you onstage.' That's how it started. It was a trip.”