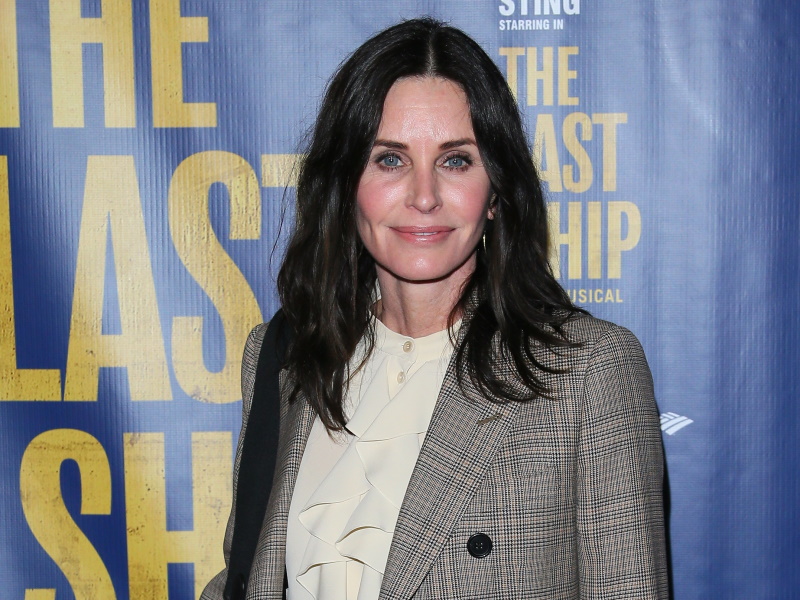 Courteney Cox Sold Her Laurel Canyon Home Because It Was Haunted

On Jimmy Kimmel Live! Monday night (February 28th), Courteney Cox shared a spooky story about the house the used to live in. While Cox has previously said that she relates to her character in Shining Vale for “going through a midlife crisis” and going through menopause, it turns out there’s another reason.

Cox told Kimmel, “I lived in this house in Laurel Canyon, which is in L.A., obviously, and it was Gypsy Rose Lee's house and Carole King … So Carole King came over to my house and she said that there had been a divorce, that was really ugly, and there was a ghost in the house. And I was, like, yeah, whatever. But other people who would stay there with me, like friends of mine, said they felt an encounter with a woman who was sitting on the edge of the bed. And I was, like, yeah, whatever.”

She added that she and King even did a séance but she “didn't listen to a word” because she was so in awe of King.

Then Cox said, “I was at the house one day not being a believer. The doorbell rang. It was a UPS guy, or something, and I opened the door and he said 'Do you know this house is haunted?' And I go, 'Yeah, why? Why do you think that? And he goes, 'Because there is someone standing behind you.' And I was like, let's sell.”

Kimmel responded, “What a terrible, terrible UPS guy. Why would you say that to somebody?”

Cox added that she “couldn't sleep there alone ever again.”