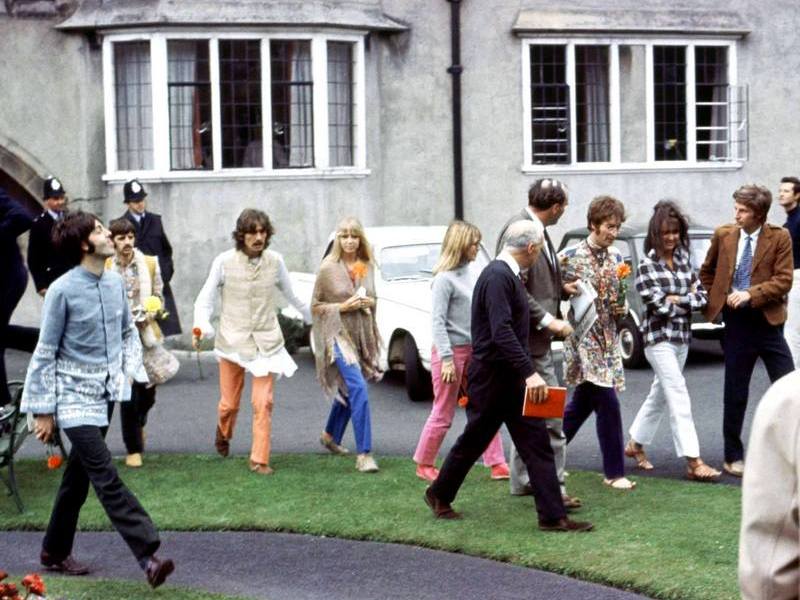 The Beatles have issued their 2000 Beatles 1 greatest hits compilation in Dolby Atmos. According to its official description, Dolby Atmos, “expands on existing surround sound systems by adding height channels, allowing sounds to be interpreted as three-dimensional objects.”

Beatles 1 was originally released on November 13th, 2000 featuring all 27 of their U.S. and UK chart topping singles. The compilation holds the distinction of debuting at Number One — and eventually topping the Billboard 200 album charts for eight non-consecutive weeks. It has since sold over 31 million copies.

In its new review of the compilation, Endgadget.com reported, “To get the most out of the (Dolby Atmos) mix, you’ll want to listen with a pair of AirPods or Beats earbuds or headphones with an H1 or W1 chip. The effect is most noticeable when you enable head tracking. You can do that by pulling down the Control Center shade in iOS, long pressing on the volume slider that appears and then tapping the spatial audio icon. The mix isn’t revelatory, but if nothing else, it’s an excuse to revisit some of the most influential songs in rock history.”

Paul McCartney told us that, because of the thematic parameters of the Beatles 1 album, it wasn't hard to choose which songs would go on it, but that there were some decisions that had to be made: “The only sort of difficulty with it was how do you judge a thing as Number One? Are you talking about whether it was Number One in Britain, or it's Number. . . which chart? So we kind of let EMI give us the suggestions, and it's been one or two little awkward things — like 'Penny Lane' is on there, I think, but 'Strawberry Fields' isn't. There's a reason for that that they've researched very carefully — it turns out that it was a double A (sided single), but at the time, based on radio play, 'Penny Lane' got slightly more radio play, so that was deemed to be Number One, and I think 'Strawberry Fields' was deemed to be Number Two.”

We asked Ringo Starr what, if anything, in the Beatles' long and historic career means the most to him at the end of the day: “Y'know, the big thrill for me, we made that music a long time ago and the music holds up. And that's something I'm proud of. Y'know, maybe our dress sense has changed but the music holds up. Kids are getting into it like it's new, so that's something that I'm really proud of. We worked very hard to make those records and they're still au courant.”

In a classic example of less being more, the Beatles' late-producer George Martin told us that the limited technology of the 1960's in no way held back the Beatles from recording timeless classics: “And I think in fact, if I had more than four tracks recording Sgt. Pepper, I don't think it would've been any better than it turned out. The music itself was so good, that no matter what you did with it — provided you did it reasonably, technically well — it would've survived.”

Paul McCartney maintains that the reason why the Beatles still hit such a multi-generational chord with fans is because the music reflects back the best of humanity: “Number One, it is a force for good. We have a lot of power — particularly in the Beatles days. Even now, y'know? But then, you had a lot of power. And we always used to say to people, 'Look, we never used it like Hitler. We never sort of said, 'Follow us and go crazy and do something.' But generally, we were talking about peace and love and fairly optimistic and positive things, y'know, in the '60s.”

The tracklisting for 'Beatles 1' is: