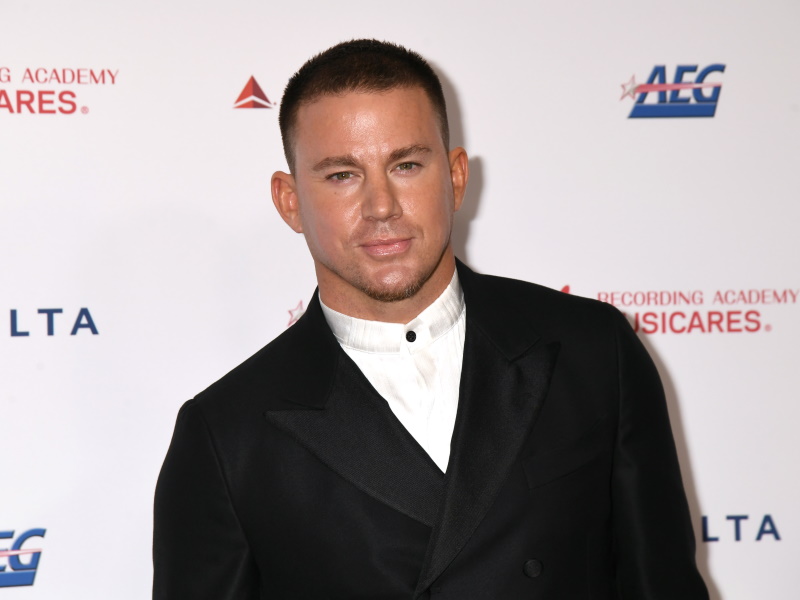 CHANNING TATUM WANTS A ‘GRUMPY OLD MEN VERSION’ OF MAGIC MIKE: In an interview with IndieWire released on Sunday (February 20th), Channing Tatum joked that he wants to do a Magic Mike installment when he’s 70. In anticipation of Magic Mike’s Last Dance, Tatum said, “The only one I said I'd actually do — before we decided on this version — was the Grumpy Old Men version when we're like 70. When we're 70, I want to get the team back together, for sure.” Tatum teamed up with Steven Soderbergh to create the first Magic Mike in 2012, which People reports was loosely based on Tatum’s real-life experience as an 18-year-old stripper in Tampa, Florida.

ELLA TRAVOLTA POSTS TRIBUTE TO HER FATHER, JOHN TRAVOLTA, ON HIS BIRTHDAY: Ella Travolta celebrated her father, John Travolta‘s, 68th birthday on Friday (February 18th) with an Instagram post featuring an old photo of the two of them together. “Happy Birthday to my role model, my best friend, the person who has taught me one of the most valuable lessons in life, kindness. I love you with all my heart, Daddy,” she wrote. John shared a post of his own, thanking everyone for the birthday wishes.

DEMI BURNETT REVEALS SHE’S BEEN DIAGNOSED WITH AUTISM: On Saturday (February 19th), Bachelor in Paradise alum Demi Burnett shared that she has been diagnosed with autism. Along with a collection of posts featuring information on autism, Burnett wrote, “MAYBE A TRIGGER WARNING I DONT KNOW BUT HEADS UP. I did a psychological evaluation and I’m autistic. There is a huge stigma when it comes to autism. I encourage you to be open minded and accepting.” She added, “I want to make sure anyone who is/was feeling like me can know you really aren’t alone. It can get better! And most importantly it isn’t your fault.”

TOM HOLLAND’S MOM CALLED SPIDER-MAN PRODUCERS: On Friday’s (February 18th) episode of Live With Kelly and Ryan, Tom Holland shared a funny behind-the-scenes Spider-Man story. While working on his first Spider-Man movie, Holland said he would spend 11 hours a day in the spidey suit without taking breaks because he wanted to impress the studio. Confiding in his mother, he said, “I was like, 'Mom, I'm really struggling. I'm working every day, and because I wear the suit, I can't go to the bathroom.'” Two days later, he said the producer came up to him and asked, “How are your kidneys?'” When Holland responded, wondering why the producer asked him that, the producer replied, “Well, your mom called us…”