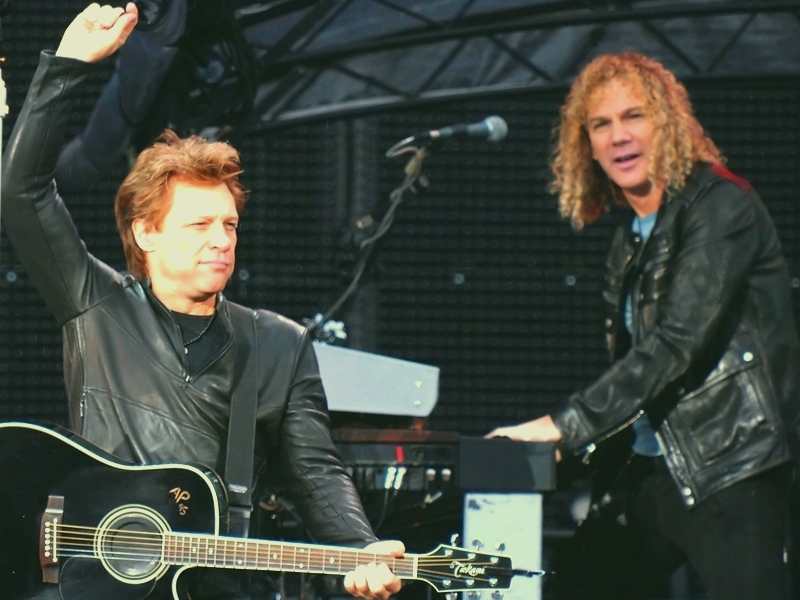 Bon Jovi Offering Local Bands The Shot To Open For Them

Bon Jovi is one band that's never forgotten where it came from. Once again, the group has announced that local bands across the country now have a shot to open for Bon Jovi on its upcoming tour dates. Bands are encouraged to submit an audition video of original music for the chance to play during an opening slot on the tour.

One local band will be selected for each tour date. For more information and to upload a submission, visit www.bonjovi.com.

The 15-city spring tour kicks off on April 1st in Omaha, Nebraska at the CHI Health Center and winds down on April 30th in Nashville, Tennessee at Bridgestone Arena.

Co-founding keyboardist David Bryan explained why he feels Bon Jovi's music has been able to span the decades bringing along new fans each and every year: “It's the power of guys that are talented in a lot of different ways. Y'know, the talent pool is pretty deep in our band. It shows: For the live aspect, from writing songs, for making records, and being talented in so many different ways, and then all of us coming together. It's not just a bunch of guys who do the same thing. I think that's one of the reasons for the longevity.”