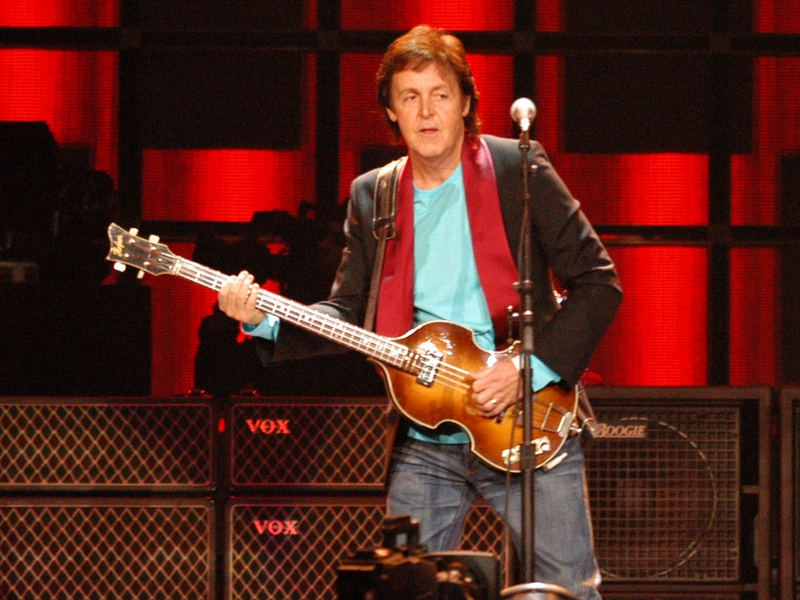 Report: Paul McCartney Heading Back On The Road

Is Paul McCartney heading back on the road??? According to The Daily Beatle, Ticketmaster.com listed a tentative show for this May 24th at “Hard Rock Live At The Seminole Hard Rock Hotel & Casino in Hollywood, Fort Lauderdale, Florida, United States Of America.”

The event was posted with a time “TBA” with no on-sale date listed — and the former-Beatle is not listed on the 7,000-set venue's official schedule, which includes Rod Stewart, Elton John, the Who, Ringo Starr & His All Starr Band, Van Morrison, and Sting, among others.

During a recent appearance on NBC's Today, Paul McCartney revealed that due to the sheer number of songs he's written — the majority of which he hasn't performed in decades, if at all — he needs to re-learn his old songs before each tour: “(Paul McCartney): I have to re-learn everything I've ever written an awful lot. So, you can't retain them all. We go into rehearsal and I learn them, y'know? 'Oh yeah — that's how it goes' (laughs). (Al Roker): Well, sometimes when you're re-learning them, do you kind of look and go, 'Y'know, this is pretty good'? (McCartney): I do. I really do. Y'know, that's one of the joys of doing some of the old songs, I say, 'Oh, that's clever. I wouldn't have done that.'”

Over 55 years since the Beatles' final tour, Paul McCartney, explained that touring today is a world away from how the “Fab Four” performed in the 1960's: “The beginning of the Beatles’ whole thing, before it really all took off; we used to put to guitars and a bass into one amp. So, I mean, there’s a major difference now — no one would think of doing that now. You didn’t take P.A.’s around, you’d just use the microphone in the hall. A couple of little speakers along the side. So, the technology has just gone mad, y’know? It’s good, it means you can go play big places. It means you can play to an audience of 100,000, or something. Whereas we took ‘round, like, one roadie — now, you take around 140 people, y’know it’s (exaggerated voice) it’s quite a business, now.”