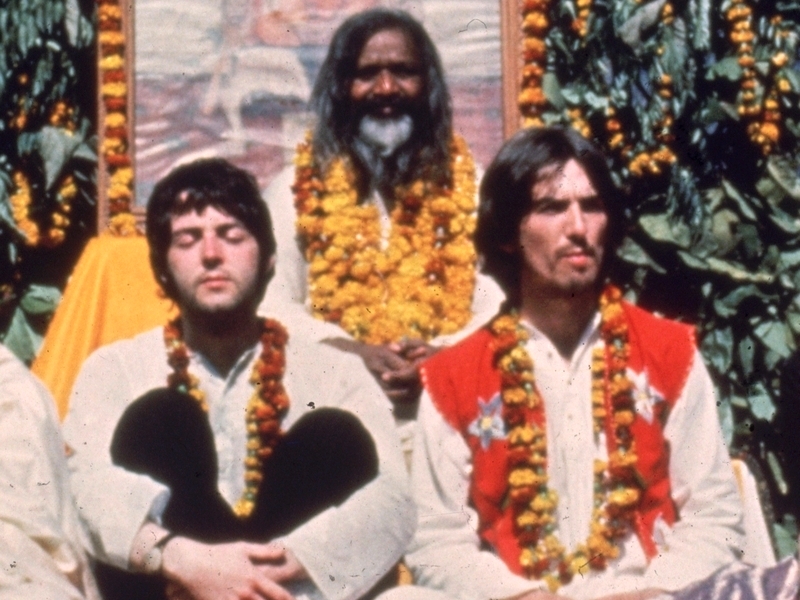 Released today (February 15th) via BritBox in North America — the streaming service from BBC Studios and ITV — is the newly produced documentary The Beatles And India. The film spotlights the band's spiritual pursuits starting in 1965, delves into their rarely discussed brief 1966 visit to the country, and their tutelage studying Transcendental Meditation under the Maharishi Mahaesh Yogi.

The Beatles And India is based on Ajoy Bose‘s book Across The Universe – The Beatles In India, produced by Reynold D’Silva, directed by Bose, and researched by Pete Compton — with legendary Beatles historian Mark Lewisohn featured in the film. The Beatles And India has been awarded Best Film Audience Choice and Best Music at the 2021 UK Asian Film Festival “Tongues On Fire.”

The doc includes both rare and never-before-seen footage of the Beatles and the Indian ashram they stayed in during the first quarter of 1968 and gives the most complete version of the events leading up to and during the “Fab Four's” stay in Rishikesh.

The Beatles And India, which includes a new original soundtrack, features newly shot footage of the Maharishi's ashram where the Beatles' stayed during their 1968 pilgrimage. Amazingly, the doc allows fans to get a perfect perspective of where the Beatles meditated, lived, and composed the songs that went on to make up their famed “White Album.”

Researcher Pete Compton told us that although in varying states of disrepair, the ashram remains an incredible place to visit: “It's just an amazing place for anyone, certainly, in the Beatles' world, it's the place to go to, definitely. Even though it is in the middle of nowhere — but it's all intact, that's the amazing thing. They're old concrete block buildings, and that, but they all still stand. So you can see the magic that's still there. Whereas in Liverpool and elsewhere, y'know, a lot of the Beatles' heritage is disappearing fast — especially in the UK, a lot of the places, y'know, where they played concerts, and that. But India's retained it all.”

In 1999 Paul McCartney and daughter Stella McCartney visited with the Maharishi Mahesh Yogi. McCartney recalled the reunion, which took place over three decades after being first indoctrinated into TM's philosophies: “I said 'Maharishi, would you mind — my daughter would like to take some video.' He said 'Sure.' So she puts the camera on him and goes 'Okay Maharishi . . . what have you got to say for the camera, then?!' Stella's into it, she's right there. He says. . . 'Enjoy.' We go 'Yeah,' 'cause that happened to be the same message from 30 years ago that he wrote in my book. I thought he's consistent, at least. And y'know what? That is actually awfully good advice.”