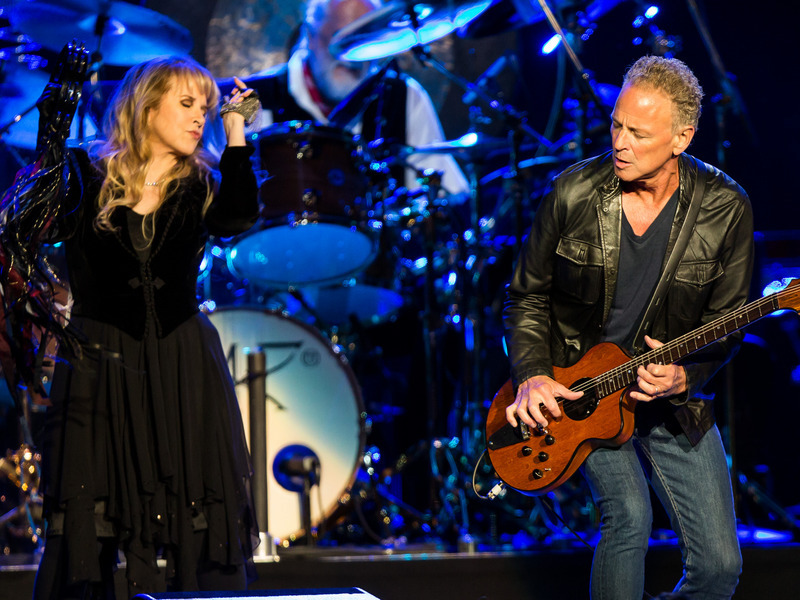 Although Mick Fleetwood wasn't one of Fleetwood Mac's three legendary songwriters — he believes that shepherding the band and its career was his primary role. Ultimate Classic Rock transcribed some of the drummer's new chat with Apple Music, in which Fleetwood looked back in celebration of the 45th anniversary of 1977's Rumours album.

Fleetwood recalled, “I didn't really know what it was I was really contributing. . . I do know now (it was) keeping some semblance out of panic or insecurity, to have this not stop. Hearing our body of work from time to time, that actually now comfortably does cross my mind. I go, 'Well, no, I didn’t do that — but this is my song. This is my song.' These lovely incarnations of Fleetwood Mac. . . being around incredibly talented people that we were able to invite into the band, and mercifully, with really fantastic, unbelievable storytelling results. That to me is like my song now.”

Regarding the tumultuous relationship with former lovers Stevie Nicks and ousted leader Lindsey Buckingham, Fleetwood explained, “I’ll just say it. . . Stevie and Lindsey, I don't think certainly are resolved fully, and I wish they were. I visualize those moments as the years trickle by somehow. But I truly, somewhat sadly think that that will go into the rainbow somewhere and never really change. But there you go.”

Mick Fleetwood told us that having a deep catalogue featuring both blockbuster classics and more personal creative triumphs is one of the most rewarding aspects of Fleetwood Mac's career: “That's part of the advantage of having a broad-based deep catalogue that we have and being one of those bands that has got underneath that wire where within reason, we're not gonna go away in my lifetime. It would've already happened and it hasn't. So you're underneath that fence and you're on the other side in an area that's a privilege to be in.”