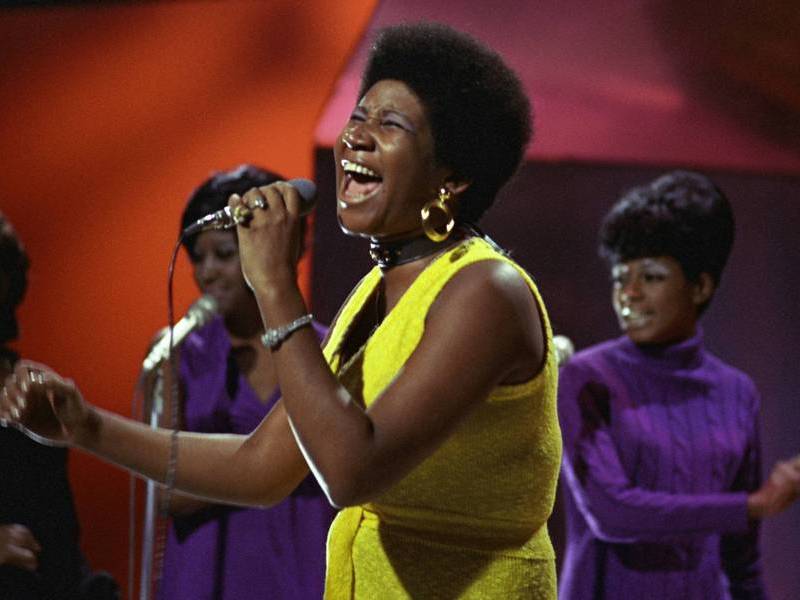 It was 55 years ago Sunday (February 14th, 1967) that the late, great Aretha Franklin recorded her cover version of Otis Redding's “Respect.” Redding had originally recorded the song in 1965 and scored only a moderate hit when it peaked at Number 35. Redding's arrangement was slightly more upbeat and consisted of only verses with no chorus or bridge.

Aretha recorded the song in New York City's Atlantic Studios, playing piano on the track and using the Muscle Shoals Rhythm Section — a group of four session musicians who mainly played sessions in Nashville and Muscle Shoals, Alabama, before later starting their own Muscle Shoals Sound Studios. It was Aretha's idea to use the tape of King Curtis's sax solo from Sam & Dave's “When Something Is Wrong With My Baby” — which was recorded the night before at Memphis' Stax Studios — to create a new bridge to the song.

The song's producer Tom Dowd recalled the session: “Aretha said she liked the song, and started running (through it), although Aretha's sister Carolyn (Franklin) was instrumental in the tempo aspect of it, the way they did it with (the) 'R-E-S-P-E-C-T' lines . . . It just went by very easily.”

Not long before her 2018 death, we asked Aretha if she was aware at the time that she was recording one of the most iconic records in all of rock, pop and soul history: “At the time, no. It was just good and funky, and I liked it, and my sister and I put the 'sock it to me' phrase to it. And of course, a little later it became a mantra for civil rights groups and various other people.”

Aretha's version of “Respect” debuted in the Billboard Top 40 on May 6th, 1967, and hit Number One on June 3rd, holding down the top spot for two weeks.

Apart from being a radio staple since its release, the song has been featured in movies like Platoon, Forrest Gump, Mystic Pizza, and Back To School — as well as having been used prominently on Candace Bergen's hit TV show Murphy Brown.