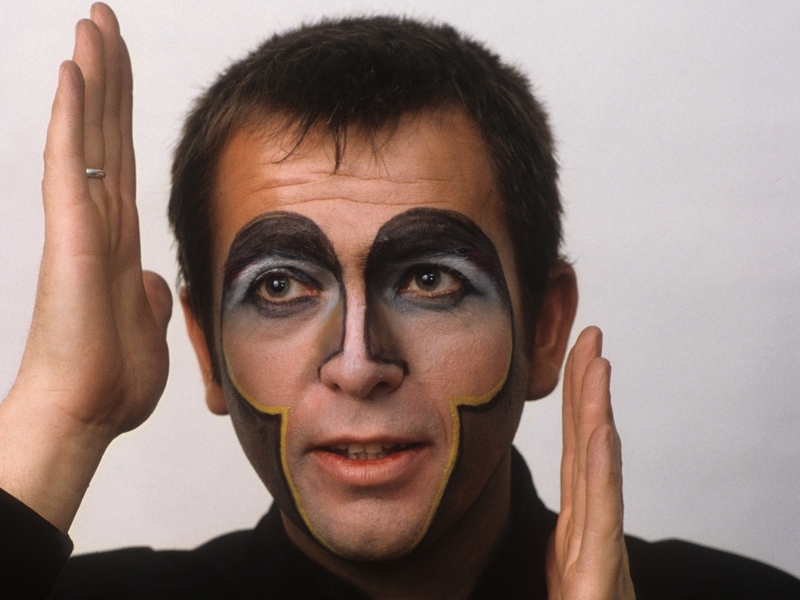 Peter Gabriel — Genesis co-founder and solo superstar — turns 72 on Sunday (February 13th). Gabriel, along with Tony Banks, Mike Rutherford, and Anthony Phillips, formed the band in 1967 when the musicians were still teens and attending the prestigious Charterhouse School, in Godalming, Surrey. Gabriel, who became the leading theatrical early-'70s live performer with his mastery of makeup and wardrobe, quit the band in 1975 following their 1974 double-album set, The Lamb Lies Down On Broadway and its subsequent tour.

Peter Gabriel will forever be best known for his 1986 So album. So was released on May 19th, 1986 and remains his best-selling album to date. The album topped the British charts and peaked at Number Two, selling over five million units in the U.S. alone.

So spawned three Top 30 hits — the chart-topping “Sledgehammer” — which knocked his former Genesis bandmates out of the Number One spot with their “Invisible Touch” — “In Your Eyes (#26), and “Big Time” (#8). “Sledgehammer” remains the most played video in MTV history.

2019 saw the release of Peter Gabriel's latest compilation, titled Rated PG. The 10-track collection spotlights Gabriel's songs written specifically for and/or featured in various big screen movie projects over the years. In the album's announcement, Gabriel said, “I have always loved film and any chance I have been offered to work with good film projects and good directors I have jumped at. This is a mixture of songs that have been written for specific films, and existing songs that found an appropriate place in a story. Consequently, there is a mix of different styles and moods.”

Among the high profile movies to have featured Gabriel's music are Alan Parker's Birdy from 1985, Martin Scorsese's The Last Temptation Of Christ from 1988, Philip Noyce‘s 2002 film Rabbit-Proof Fence, Oliver Stone's Natural Born Killers from 1994 — along with the iconic use of “In Your Eyes” in Cameron Crowe's 1989 comedy Say Anything.

The 62-track digital comp spotlights various extended, single-only, dance, instrumental, remix, and live takes of such Gabriel favorites as “Solsbury Hill,” “D.I.Y.,” “I Don’t Remember,” “Shock The Monkey,” “I Have The Touch,” “Sledgehammer,” “In Your Eyes,” “Biko,” “Digging In The Dirt,” among many others. The set opens with Gabriel's 1976 orchestral cover of the Beatles' “Strawberry Fields Forever” as featured in the movie, All This And World War II.

Peter Gabriel's iconic and often chameleon-like appearance was saluted in a 2019 photo book. Peter Gabriel: A Life In Vision features rare and never-before-seen shots of the musician from his early days co-founding and fronting Genesis, up through today.

School friend and Genesis bandmate Tony Banks feels that Peter Gabriel's early over-the-top theatrics played a crucial part in gaining the band the attention they otherwise never would've received: “Well I think the Gabriel thing was very important in the early days, 'cause it gave us an identity and y'know, you kind of stand out from the crowd. There were a lot of other groups who were out there doing the circuit that we were doing. But I think when Peter came on with all his costumes and makeup and everything, it made people remember us, and he was a very important part of our thing. And I think we all enjoyed the sort of, the idea of trying to do more than just play music onstage. We were all conscious of the fact that none of us were what you would call typical rock n' roll performers — we didn't. . . play with your teeth and everything, so it was a way of kind of getting around it.”

We asked Phil Collins why over the years Peter Gabriel always stopping short of committing to a Genesis reunion. Collins said that Gabriel can sometimes take things too seriously: “I think he's very sensitive — far more sensitive than we are — about what it means, y'know? This is just music, great fun to do, whereas Peter, since he left really, has been doing his 'thing,' albeit lots of different things under that umbrella, and I think he's just a little over-cautious sometimes about going back to doing something (that) basically, fundamentally, is just fun.”

Peter Gabriel was asked when he realized that So was more going to be a bigger commercial success than his past efforts: “I think about halfway through the album I started to realize that some of the songs would get through (to the public). Also I think the 'Sledgehammer,' which is a sort of '60s soul rip-off, is a language in which people speak in this country, so I think it's easier to get to.”

Peter Gabriel admitted that he’s always been in the right place at the right time to help further his craft: “I just think I’m very fortunate because I’ve worked with extraordinarily people, great musicians. For me, it’s not about rock n’ roll or any label. I think it was (Count) Basie who said ‘There’s only two kinds of music — good and bad.’ And that’s what I subscribe to.”