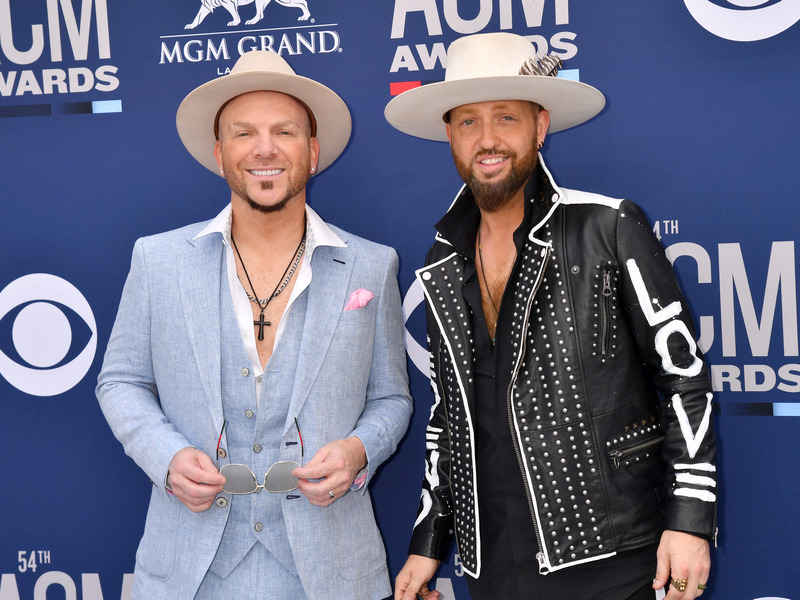 LoCash's next single, called “Beach Boys,” actually features The Beach Boys‘ co-founder Mike Love and longtime band member Bruce Johnston. The song won't be officially released until next month but LoCash got to debut the song with Mike and Bruce as special guests of the Beach Boys' on Sunday (February 6th) during their sold-out show at the Ryman Auditorium in Nashville.

LoCash's Preston Brust said, “The day we wrote ‘Beach Boys,’ I remember Chris (Lucas) and I dreaming of recording it with The Beach Boys. We never imagined that they’d hear it, let alone get the chance to lay down our parts with Mike and Bruce and actually feel like we were a part of a group that we’ve idolized for so long! It’s crazy how it all became a reality and now the fun really begins!”

The Beach Boys’ Mike Love said, “We had a blast collaborating with Chris and Preston of LoCash! The song is so hooky – I can’t get it out of my head. I love mixing it up! Country Rock met Surf Rock and created a fun summer hit!”

“Beach Boys” was originally released as a solo version on the duo's Woods & Water EP, which was released in 2021.

Their Woods & Water Tour kicks off on March 4th at Lori's Roadhouse in West Chester, OH.