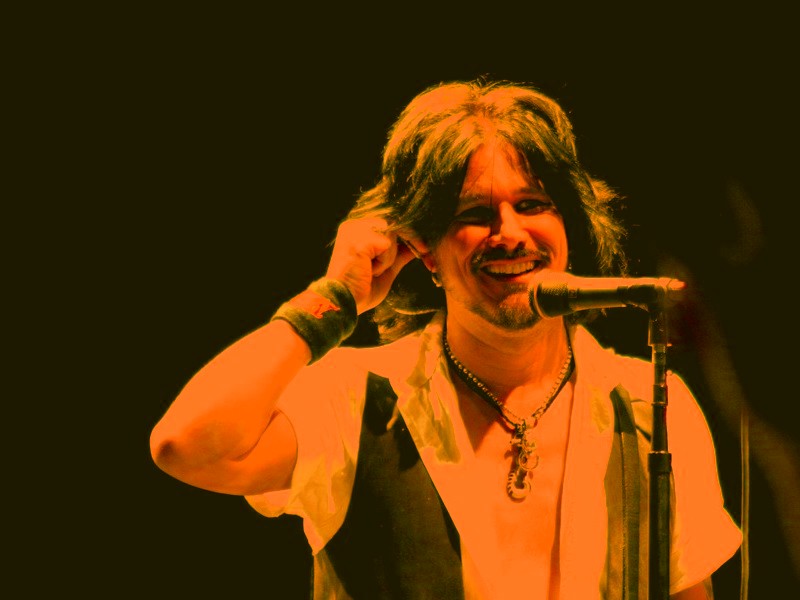 Rounding out the lineup is bassist Sean McNabb from Great White and Dokken, drummer Jimmy D'Anda from Bulletboys and Lynch Mob, along with keyboardist Teddy "Zig Zag" Andreadis. Drummer Kenny Aronoff — best known from his years with John Mellencamp and current gig with John Fogerty — will be behind the kit on March 9th and 16th.

Gilby Clarke told us that no matter what, he'll always be old school when it comes to his listening tastes: ["Maybe I'm narrow-minded, I don't know — but to me it just seems that that music had so much more soul and their experimentation, it just really went somewhere. I hear the slop on the records and I love it. I love the mistakes, I love hearing human beings sitting in a room and playing together, and, like, you can hear that on those records. And, on these records today it just sounds the same and there's just a way of doing it and everybody just follows it."] SOUNDCUE (:25 OC: . . just follows it)

Last year, Gilby Clarke released his latest studio set, The Gospel Truth. Among the A-listers guesting on the album were Nikki Sixx, Kenny Aronoff, and Stephen Perkins from Jane’s Addiction.