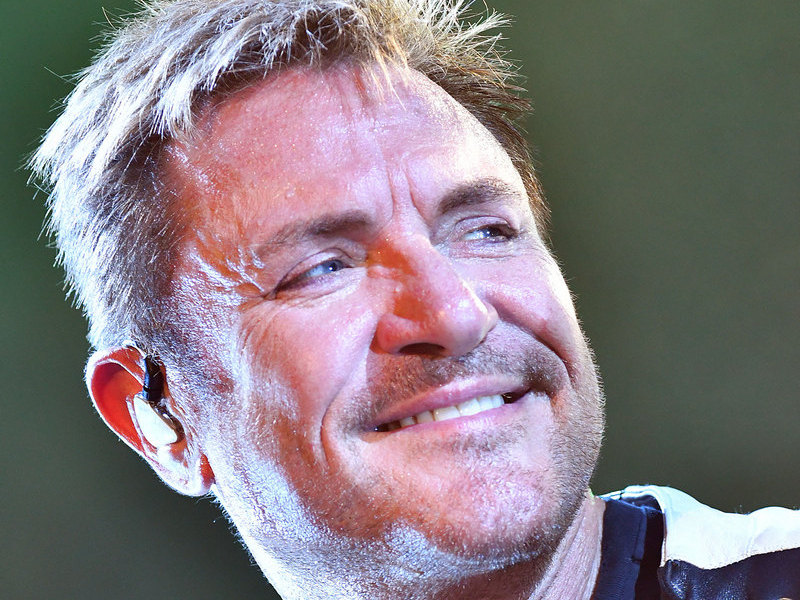 Duran Duran couldn't be happier with their first time being nominated into the Rock and Roll Hall of Fame. Earlier this week, the band was among those tapped for induction — with the list also including Beck, Pat Benatar, Kate Bush, DEVO, Eminem, Eurythmics, Judas Priest, Fela Kuti, MC5, New York Dolls, Dolly Parton, Rage Against The Machine, Lionel Richie, Carly Simon, A Tribe Called Quest, and Dionne Warwick.

The band posted their personal reactions on their official website (DuranDuran.com), with frontman Simon LeBon writing, “Just to make it onto the nominations list is an honor that I never expected to experience. But for sure, this distinction is due in large part to the fact that we have an army of fans around the world who have unwaveringly supported us for the past four decades. We are all extremely grateful to all of you for making this happen.”

Bassist John Taylor added, “What a surprise and an honor! To be nominated by such a highly esteemed organization is truly special in this, our fortieth, year. For decades now Duran Duran have been inspired by the incredible support of our beautiful and diverse fanbase around the world. To be considered by the Hall of Famers is truly next level. Let’s hope we make the cut!”

Drummer Roger Taylor went on to say, “The feeling was pure gratitude when I heard this morning that we are nominees for the rock n' roll hall of fame . A big thank you to not only the Rock Hall for making us part of the ballot, but also to all the DD fans that have made so much noise. The 12-year-old drummer in me just screamed very, very loudly!”

2021 marked the 40th anniversary of Duran Duran's self-titled debut album. A while back, keyboardist Nick Rhodes told us the band's longevity still boggles his mind: “It seems completely surreal. None of us feel like we've spent three-and-a-half decades in the music business. We still play some songs off that album, off the first album. With the band we all remain very proud of what we've been able to do creatively in the studio — and for the live shows. It's still, to me, exactly the same as it was when we started out in one way; is that a great song does more for an artist than anything else.”

Bassist John Taylor admitted to us that Duran Duran remains a one-of-a-kind chemistry: “The kind of fortune that Duran Duran was sort of happens once in a lifetime, really. It's just like kids that come together that happen to, like, be into the same thing — just happen to go to the right place, the right time, meet Mr. Big and da-da-da-da. Suddenly, it's a snowball effect.”