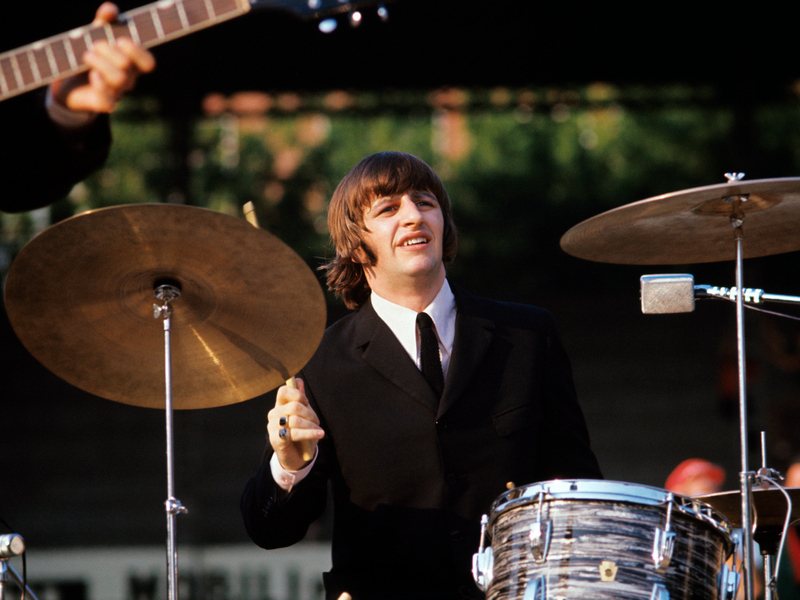 60 Years Ago: Ringo Starr First Plays With The Beatles

Saturday (February 5th) marks the 60th anniversary of Ringo Starr first sitting in with the Beatles. Although he wouldn't join the band for another six months — this was the moment where all four members realized the amazing chemistry between them.

With the Beatles' then-drummer Pete Best ill and unable to make two local gigs, the band called on Ringo, who had a rare day off from drumming duties with Rory Storm & The Hurricanes. Going back to 1960, the two bands has alternated back-breaking sets in Hamburg, Germany's Kaiserkeller Club. Ringo was their first choice to fill in for Best.

Ringo and the Beatles performed two shows that day: their typical lunchtime date in Liverpool at the Cavern Club and an evening gig at the Kingsway Club in Southport.

During his 2015 induction speech for Ringo at the Rock and Roll Hall of Fame, Paul McCartney recalled the “eureka” moment when all the pieces fit and the Beatles found the missing like that made them the “Fab Four”: “One night, our drummer then, Pete Best, uh, wasn't available (applause) and, um, so Ringo sat in. And I remember the moment. I mean, Pete was great and we, we had a great time with him, but, me John (Lennon), and George (Harrison), God bless 'em (applause). . . Yeah! Me, John, and George were on the frontline, singing, as we usually were, and now behind us we had this guy that we'd never played with before. And I remember the moment when he started playing and I think it was Ray Charles' 'What'd I Say.' And most of the drummers couldn't nail the drum part — it was a little difficult to do — but Ringo nailed it. So. . . . (applause) Yeah! (Laughs) Ringo nailed it!!! (Applause) Woo! And I remember the moment just standing there and looking at John (Lennon) and then looking at George (Harrison), and that was 'the moment.' Y'know, that was the beginning, really, of the Beatles. Anyway (applause).” (1:18 OC: . . . Beatles anyway (applause))

Ringo Starr officially joined the Beatles in the summer of 1962 and played his first date with the band as a full member that August 18th just outside of Liverpool at Hulme Hall in Birkenhead, England.