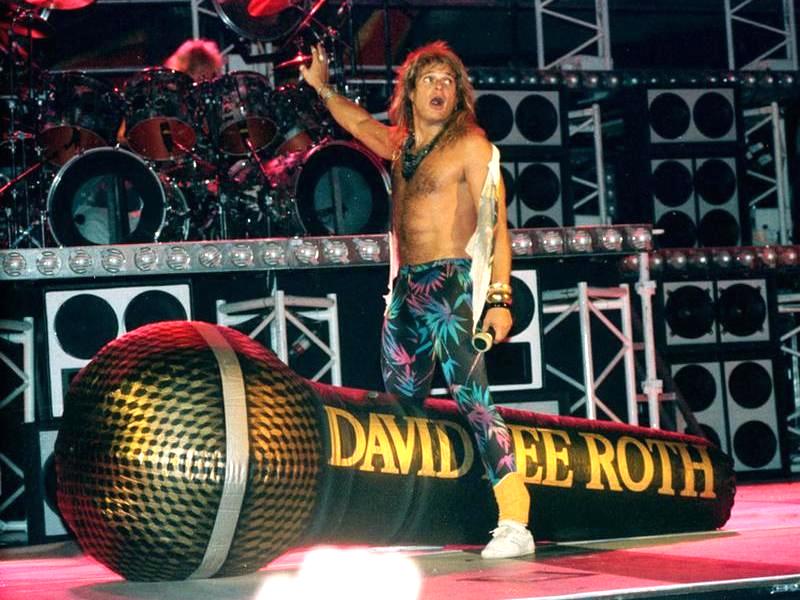 David Lee Roth basically thinks there was Van Halen — and then. . . everything else. Metal Wani transcribed some of “Diamond Dave's” recent chat on Las Vegas' KKLZ, where he said, “Hair bands were the imitations of Van Halen. It is true. And spandex (was) what they came up with as something visual. I started off in leather with the same haircut that Bono and (Bruce) Springsteen and guys in Metallica had. It’s a famous haircut. If I had that haircut today, it’d have its own Instagram.”

He went on to explain, “Van Halen was a '70s band — we started off in 1972, and our first two albums were in the ’70s. We sold our first 10 million records before the ’70s were over. We spawned a whole lot of imitators who resorted to gimmickry and trade crap. It’s easier to imitate a haircut and a kind of pants and to exhibit bad behavior as a way of. . . I’m probably on your station 14 times a day unless it’s Halloween or New Year’s.”

Recently released is author Greg Renoff‘s Van Halen biography, Van Halen Rising: How A Southern California Backyard Party Band Saved Heavy Metal. Renoff sheds light on how Eddie and Alex Van Halen were never particularly smitten with David Lee Roth — either personally or as a singer — yet after three failed auditions for the Van Halen brothers' band Mammoth, his ownership of the all-important P.A. system helped him gain entree into their good graces: “I think it was always — especially for the Van Halen brothers — a series of compromises. I think they understood what they needed, which was somebody like Dave. They needed a guy out front. They needed that, One of the most amazing things was that, y'know, when people would tell me what Mammoth was like; which was the three-piece — it was a bass player Mark Stone, Ed and Al. It was just like seeing Black Sabbath, they said. It was just like the hair was down their face, it was long hair, and they're in front of the microphones, they're kind of banging their heads — they had no stage presence at all.”