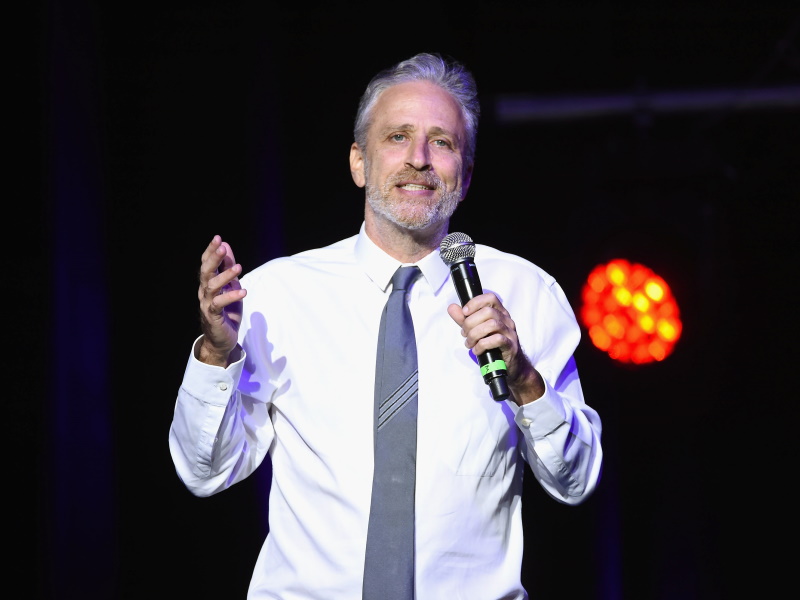 JON STEWART TO RECEIVE MARK TWAIN PRIZE: Jon Stewart will receive the John F. Kennedy Center for the Performing Arts’ 23rd Mark Twain Prize for American Humor. The organization announced Wednesday (Jan 19th) that the Daily Show alum will be presented with the award at a gala performance on Sunday, April 24th, in the Kennedy Center Concert Hall. Stewart said in a statement, “I am truly honored to receive this award. I have long admired and been influenced by the work of Mark Twain, or, as he was known by his given name, Samuel Leibowitz.”

'WWHL' RENEWED THROUGH 2023: Watch What Happens Live With Andy Cohen has been renewed through 2023, which will mark the Bravo show’s 15th year on air. Cohen told Deadline, “My WWHL team rose to every challenge of the pandemic and getting to do WWHL for two more years is the ultimate reward. We’re still having a ball making our show – whether our guests are virtual or in studio!”

NETFLIX RELEASES FIRST LOOK PHOTO OF SOFIA VERGARA IN 'GRISELDA': Netflix released a first look photo of Sofia Vergara from the upcoming limited series, Griselda. The streamer wrote on Twitter Wednesday (Jan. 19th), Sofia Vergara stars as Griselda Blanco in a new limited series inspired by the Colombian businesswoman who created one of the most profitable cartels in history, which led to her being known as the 'Godmother.'”