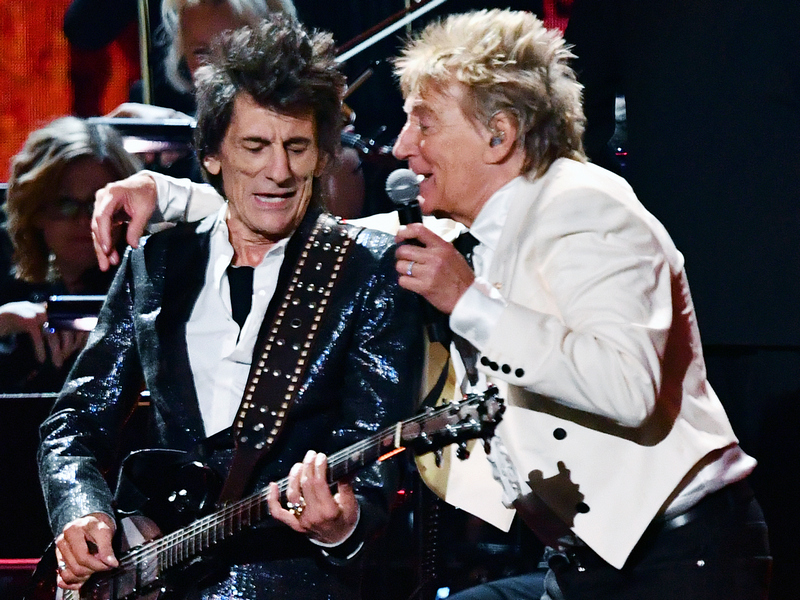 Jones broke down how the album is being compiled: “What we've decided to do is work on some of the original stuff that we didn't use, so the album is going to be a mixture of old and new. The songs we've been revisiting are from right across the board. It's very difficult to go into specifics, because many of them didn't even have titles. Ronnie and I, in particular, have been working on lots of the old stuff together and we've re-recorded a couple of those songs with a more modern feel. . . The new songs are coming along, too. We're definitely going in the right direction.”

Jones, who went on to drum for the Who from 1979 to 1988, revealed that the new Faces collection will feature some familiar friends: “I don't want to give away too much at this point, but there will be some special guests on there with us. We've already done a few overdub sessions with some well known people, which will remain a trade secret for the moment. All I can say is that it'll be out when it's finished. There are so many other factors involved, not just the touring backlog but things like delays due too vinyl shortage.”

Kenney Jones feels that these days Rod Stewart is more willing to embrace his hard-rocking Faces past: “Now he’s discovered himself again, which is what I'm hearing all the time is that he's discovered. . . a bit more back to his roots — a bit more rock n' roll. The Faces never finished on a good note. So, it'd be good to finish on a good note and that would be that.”