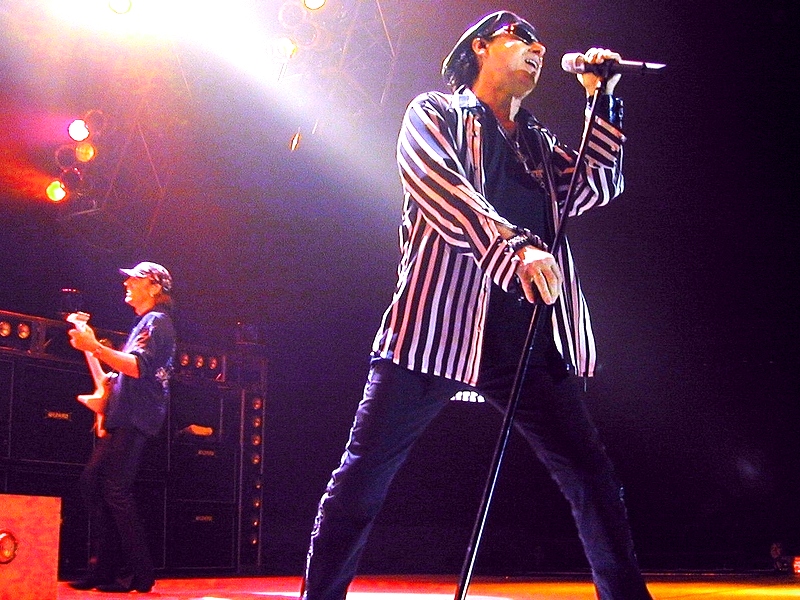 The Scorpions have released the first video and title track to their upcoming album, Rock Believer, set for release on February 25th. Blabbermouth reported that longtime Beatles associate, solo bassist, and graphic artist Klaus Voormann designed the artwork for the “Rock Believer” single. Voormann is best known for his Grammy Award-winning album cover art for the “Fab Four's” 1966 Revolver album.

Scorpions frontman Klaus Meine appeared on Chile's Radio Futuro and spoke about the sound of the new album, explaining, “You can expect an album that is dedicated to all the rock believers in the world. And we're very excited after all these years. We thought, when you think about all the touring we did the last 10 years, after the release of Return To Forever in 2015, the time was right to go back into the studio, to write new material, to write new songs and check out if the creativity is still working.”

He went on to say, “The big aim was, the goal was to make a rock album — to make an album with lots of attitude, power and focus on the good old times and really enjoy the music and have some fun with the music. And that feels really good.”

Klaus Meine told us not too long ago, that the Scorpions' ultimate legacy is that their music now spans several generations: “It was not only the fans who grew up with our music in the '80s, but there were a lot of kids, also — like, 16, 17, 18-year-olds — singing 'Blackout' and 'Rock You Like A Hurricane.' And it was just great to see that our music obviously has the power to cross over to a new generation.”

The tracklisting to The Scorpions' 'Rock Believer' is: